Zara Larsson is one of the hottest names in music these days, and tonight, the 19-year-old, Swedish-born singer, will be hitting the stage at the 2017 Teen Choice Awards. She’s also been nominated for “Choice Music: Breakout Artist”. With the spotlight on Larsson, fans will no doubt be wondering about her relationship status.

Is Larsson single? In a relationship? Read on for details.

Zara is dating British model Brian H. Whittaker and the story behind their romance sounds like it’s from a movie. In a nutshell, Zara tweeted a photo of a guy who she thought was hot, tracked him down on the internet, and now they’re in love.

Back in November 2015, Zara tweeted a photo of a hot British model with the caption: “Who are you where do you live how old are you why are you so fine how do you like your eggs cooked in the morning?”

Two months later, in January 2016, she posted a picture of the same hunky man to her Instagram photo.

According to Buzzfeed, Zara was able to track him down and in a matter of months, the two were posting for Snapchat photos together.

In June of this year, Laarson posted a Tweet that read, “Hello everyone I just wanted to tell y’all than I’m in love so the next album will probably be cheesy.” Brian adorably retweeted the post.

These days, the two comment on one another’s social media pages incessantly.

The bottom line is that they’re pretty public about their relationship, and see to be going strong. Most recently, Zara posted a pic of them nearly-kissing to Instagram with the caption, “He likes his eggs scrambled”– clearly, a reference to the first Tweet she posted back in November 2015, when she asked him how he liked his eggs. 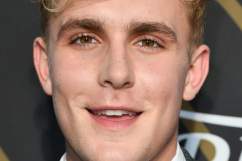 Read More
celebritie
Who is Zara Larsson dating? Is she single? In a relationship? Get the details here.