Rain Brown from Alaskan Bush People has taken to Instagram to defend herself after some people slammed her for posting selfies while her mom is sick with cancer.

This all went down on Friday, when Brown posted a picture of herself and ended up getting criticized by some of her followers. Evidently, some people don’t think that the reality should be taking selfies while her mom is in the hospital receiving chemotherapy. Rain’s mother, Ami Brown, is currently very sick with lung cancer. She was first diagnosed with Stage 3, but multiple unconfirmed reports say that the cancer has progressed to Stage 4. Although there has not been an official update from the Brown family, several reports — including this one from Radar Online — claim that Ami isn’t doing well.

Below is the selfie that had people criticizing Rain.

Flower crown for a flower lover! Follow my Snapchat! At heroifkirrkwel7 ???

Some people came to Rain’s defense.

“I know, right? She obviously should be sitting around depressed and crying because that is what makes most sense. And if you believe that then you have worse issues than I thought,” said one fan, standing up for Rain.

“Just ignore the trolls. They have nothing better to do than sit behind a keyboard and spew hate,” said another.

And then Rain posted a new selfie, defending herself in the caption.

“Yep another selfie. You gotta love yourself kids no matter who try’s to push you down, you wouldn’t believe the people I have had trying to make me mad and a bad person but I just throw love they’re way along with a witty remark. Anyway, my point is always remember love is never wrong. Just be and love yourself the rest will fall into place,” Rain wrote. 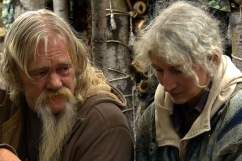 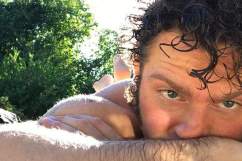