Briana DeJesus and her second baby daddy Luis are putting on a brave face at her baby shower on Teen Mom 2. Though they had broken up after Luis was revealed to be cheating on Briana, the two remained cordial and Briana did not want her relatives to know that they were no longer together. So, when Briana has her bridal shower, she invites her family and friends. But, when Briana’s ex-boyfriend shows up, Luis wants to know, “Why is Dre here?”

Briana’s reply was this:

On 16 and Pregnant, DeJesus gave birth to her first child, daughter Nova, who is now 5 years old. Nova’s father is Devoin Austin, but his relationship with DeJesus did not last very long after she became pregnant as a teen mother.

As far as Stella’s father goes, he is 8 years older than DeJesus and his name is Luis. DeJesus said that when she met Luis, she told him about her past of being on television, but she asked him to never watch any of her shows.

Meet The New Mom: Briana's Back In The Spotlight | Teen Mom 2 (Season 8) | MTVBriana finds out that she’s officially a part of the #TeenMom2 cast in this sneak peek! Get ready to Meet The New Mom this Monday at 10/9c right after Part One of the #TeenMomOG Reunion! #MTV #TeenMom2 Subscribe to MTV: http://goo.gl/NThuhC Teen Mom is a spin-off of the MTV documentary series 16 & Pregnant. Each episode interweaves stories of four teenage girls who are navigating the bumpy terrain of adolescence, growing pains, and coming of age – all while facing the responsibility of being a young mother. More from MTV: Official MTV Website: http://www.mtv.com/ Like MTV: https://www.facebook.com/MTV Follow MTV: https://twitter.com/MTV MTV Google+: http://goo.gl/OGY79b MTV on Tumblr: http://mtv.tumblr.com/ MTV Instagram: http://instagram.com/mtv MTV on Pinterest: http://www.pinterest.com/mtv/ #MTV is your destination for the hit series Wild 'N Out, Are You the One?, Scream, Teen Wolf, Teen Mom and much more!2017-07-01T13:00:04.000Z

Last year, DeJesus made headlines after getting what she called a “mommy makeover,” which was her getting butt implants, breast implants and a labiaplasty, according to Us Weekly. 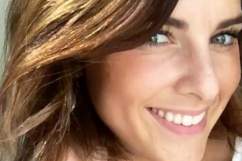 Read More
Reality TV, Teen Mom 2, TV
Teen Mom 2 star Briana DeJesus gets into some issues when she has her ex-boyfriend Dre attend her bridal shower.