Season 14 of Grey’s Anatomy premieres with a special two-hour episode tonight on ABC at 8pm ET/PT.

This season, Meredith will find herself in the middle of a complicated love triangle. In a preview of tonight’s two-hour season premiere, she can’t keep herself away from Riggs, even though she willingly told him that his long-lost love, Megan, was alive and had returned on last season’s finale.

And what will happen to Grey Sloan in the wake of the terrible fire that brought fans to tears last season? Bailey will be dealing will that one. And when it comes to Jo and Alex, E! online dishes that she’ll make a “surprising” decision when it comes to him.

Interested in watching the show tonight? Read on to find out when and where to watch. 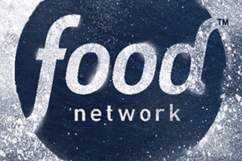