Don’t worry, Grey’s fans– season 14 of Grey’s Anatomy is just around the corner, and there’s a lot of juicy drama in store.

What can you expect from the all-new season? ABC has officially released the synopsis for the first few episodes, and has revealed that someone from Meredith’s past will be returning in episode 3.

For years now, Grey’s has centered on the life of Meredith Grey, and unsurprisingly, her love life has been an important part of her character arc since day one. But is it possible the person returning isn’t someone romantic? What if it’s Cristina Yang? They’re best friends, it’s been way too long, and nothing sounds better than a Yang/Grey reunion. 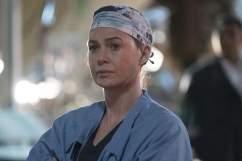 We’d like to say Addison Montgomery is the one entering the scene, but unfortunately, actress Kate Walsh isn’t as keen on the idea of her character making a comeback. In an interview in April with AOL’s Build Series, actress Kate Walsh said, “But we also feel like we explored Addison pretty thoroughly between Grey’s and Private Practice… So as much as there’s always that desire, like, ‘Bring her back!’ or, ‘Have her come back to this special episode,’ we feel like we put it to rest.”

The season 13 finale of Grey’s received strong reviews from critics, which isn’t surprising, because it was terrifying, dramatic, and awesome, all in one. Stephanie and young Erin (played by Big Little Lies’ Darby Camp) found themselves trapped in a fire at Grey Sloan. Minnick took her leave. April told Maggie that Jackson’s into her (more love triangles, we know). Stephanie lived… but then quit. She told Dr. Webber: thanks for all you’ve done, but now I need to leave. I need to explore and get out of hospitals.

Long story short: a lot happened in the season 13 finale, meaning that we’re entering the fourteenth season finale with a full plate. Lots of messy love conflicts need to be figured out, and the hospital staff will need to be reorganized with its recent losses. Find out how that all pans out next Thursday, September 28, on ABC. 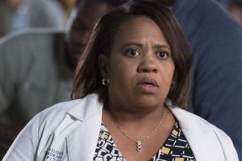 ‘Grey’s Anatomy’ Renewed or Cancelled: Will the Show Return for Season 14?