With a running time 20 minutes longer than its predecessor, you might be wondering if you really have to sit through all the credits of Kingsman: The Golden Circle. Thankfully, once the 141-minute movie is over, you can leave the theater. There is no end credits scene once the movie is over. When the credits start rolling, you can head home.

The original Kingsman: The Secret Service film was loosely based on Mark Millar and Dave Gibbons’ 2012 graphic novel (with an emphasis on the word “graphic”) of the same name. Released in 2014 and directed by Matthew Vaughn (X-Men: First Class), the film was a surprise hit for 20th Century Fox, raking in $414 million worldwide on an $81 million budget. That film also featured a mid-credits sequence, which is why it looked likely that The Golden Circle would as well.

However, it’s been confirmed that there are no extras during or after the credits. What makes this even more surprising is that Vaughn has said in interviews that he wants to keep the franchise going. He suggested that a spin-off could be made, centering around the American-based Statesman group introduced in The Golden Circle.

“I think there’s a story in my head which will be finished by the end of the next one,” Vaughn explained to CinamaBlend. “And then after that then, of course, there could be Statesman movies, there could be spinoff character films. The universe could continue with new agents. Or, you know, Colin (Firth) could become Arthur (…) or new characters could come in. Or new kids get trained. There’s so many options, but I also think it’s better not to be too greedy.”

In an interview with Deadline, he said he’s praying that The Golden Circle will be a big hit so he can make another movie. Vaughn compared the ending of the ending of this movie to the ending of The Empire Strikes Back, insisting that there’s more to the story.

“I don’t think our cliffhangers are as good as Empire Strikes Back, but that really stayed with me, the serialization, always leaving a little bit of wanting more with some resolution needed,” the director told Deadline.

In addition to more movies, the series is also continuing in comic book form. Image Comics is publishing Kingsman: The Red Diamond, a follow-up to the original graphic novel. It was written by Rob Williams with art by Simon Fraser. 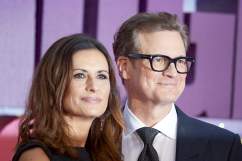 Read More
Colin Firth, Kingsman, Movies
Do you really need to sit through the credits at the end of Kingsman: The Golden Circle? Find out the answer here.