There are seriously people out there who think this could be true. TMZ broke the story on September 22 that Kylie Jenner, 20, was pregnant with her first child. At the time of the announcement, Kylie is dating rapper Travis Scott. This relationship came after her acrimonious split from rapper Tyga. Meanwhile, Hollywood Life is reporting that Tyga is not too happy with Jenner’s news. Since the original TMZ report, the gossip site ran a new story showing Jenner out for dinner, though we’re all still waiting for an official confirmation.

Not long after the news spread across the internet did the Twittersphere explode into conspiracy theories about the pregnancy. Jenner has only been dating Scott since April 2017. Some Twitter users are pushing the theory that Jenner is acting as Kim and Kanye’s surrogate. People Magazine reports that Jenner is due in February.

It had earlier been reported that Kim’s surrogate is due in January. That, as of September, would make the surrogate five months pregnant.

While US Weekly reported that Kimye found their San Diego-based surrogate through an agency. That article also indicated that the surrogate is to adhere to strict guidelines including no drinking, smoking, hot tubs, raw fish or cat litter. It had been well-documented that Kardashian’s two pregnancies were troubled due to a condition known as placenta accreta.

Here are some of the best and most fun tweets about the Kylie-surrogate story:

What if the twist in the alleged Kylie Jenner pregnancy is that she's Kim and Kanye's surrogate for baby no. 3? pic.twitter.com/RI8CG18Qvz

WHAT IF ITS NOT TRAVIS SCOTTS BABY AT ALL? IT'S KIMS AND KYLIE IS THE SURROGATE?!?! pic.twitter.com/DmIMwAnrZX

What if…. Kylie is the surrogate for Kim, I mean “Kylie’s baby” is due early February, and Kim’s surrogate is due “late January” js… pic.twitter.com/HMeTXtq3qH

so Kim Kardashian is expecting another baby too but from a surrogate???? I'm done with the Kardashian/Jenners for the night. Y'all annoying

Ok but is Kylie Kim’s surrogate or not like end this madness/get me a mango greentini pic.twitter.com/T6tFJVL0Pk

But what if @KylieJenner is actually Kim's surrogate ???? #kylieispregnant riddles that i cannot seem to solve #KylieJenner *sips tea ☕☕ pic.twitter.com/D65mqKKCyl

Kylie Jenner is Kim’s surrogate for her 3rd baby. They ain’t slick. Sis has all the money in the world for birth control with Travis Scott pic.twitter.com/h8Or5SPeMg

@KimKardashian when she tells everyone @KylieJenner is just her surrogate pic.twitter.com/uFgRHp0eIV

Do I believe the hype that Kylie Jenner is pregnant? Probably just Kim's surrogate ??‍♀️ 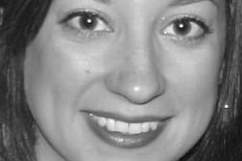