The Pritchett-Dunphy-Tucker clan is back! The season premiere of Modern Family airs tonight at 9 p.m. Eastern on ABC. The ninth season very well may one of the show’s last as many feel as though the popular comedy series has run its course.

Just last month, co-creator/executive producer Steve Levitan spoke to Deadline about Modern Family’s incredible run and how the writers are preparing to wrap things up over the next two seasons.

“Our original goal was to just stay on the air. After awhile though, we felt we may be in control our own fate, and 10 sounded like a nice round number,” Levitan told Deadline. “We haven’t had that exact conversation yet how we want to end the show episode-wise. We’ve talked about areas that we want to go and tonally what we want to do…I think we will end the show the way we started it in the pilot, with a big family event,” he added.

Season 8 was a pretty dig for all families on the show as almost each character experienced growth and change in some way. The season ended with Manny and Luke’s high school graduation. This season, more change is in store, as all the kids are getting older and the family dynamics are evolving.

Here’s a little bit of what you can expect in the first couple of episodes of the show.

“Phil and Claire realize that Alex may be more self-sufficient in college than they give her credit for when they drop in for a quick visit. Meanwhile, Manny is determined to avoid a long tearful goodbye after Gloria and Jay move him into his college dorm. Finally, Mitch may have accidentally accelerated a planned renovation, and Hayley gets an unexpected opportunity when she befriends a wealthy female member at the country club,” reads a synopsis by ABC. 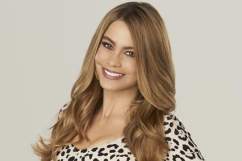