Kevin Hart has been caught up in a cheating and extortion scandal with a mystery woman in a provocative video. Today, TMZ has confirmed that the woman in the video is a 27-year-old named Montia Sabbag, who also spells her name Montiah Sabagg. Get to know more about Sabagg, Hart’s relationship with his wife, and the scandal in our 5 Fast Facts below.

1. Sabbag Is an Actress

Video with Kevin Hart is revealed to be ‘travelling stripper’ Montia Sabbag who ‘he met during weekend in Vegas’ –https://t.co/vlOc4rl1y8

When it comes to Sabbag’s involvement in the scandal, TMZ has identified her as the girl who is seen in a provocative video with actor Kevin Hart. She is reported to be a stripper who lives in California and supposedly had a “wild weekend” with Hart in Las Vegas, August 2017. But, Sabbag stated in a press conference that she is actually an actress, not a stripper.

After Hart’s team contacted Sabbag, she reportedly “lawyered up” and said that she would take a lie detector test if she was granted $420,000 from Hart. But, Hart’s lawyer Lisa Bloom says that Sabbag has not requested money from Hart and that she, like Hart, is a victim in this situation.

I represent the woman at the center of the Kevin Hart scandal. Press conference tomorrow. pic.twitter.com/X9KV3zYwfY

Previously, it was reported that Monique “Momo” Gonzalez, a Miami based singer, was believed to possibly be the woman in the video with Hart.

2. According to Sabbag, She Did Not Shoot the Video of her Encounter with Hart

Though Sabbag is the woman in the video with Hart, she maintains that she is not the extortionist.

In the video, the first frames reportedly show a photo of Hart and Sabbag. In the most explicit portion of the tape, it’s unclear who is on a bed in the video, but after the bed scene, TMZ states that, “two people who look like Kevin and Montia are walking around in various stages of undress.”

Hart’s rep released the following statement about the extortion case:

A source also told E! News about how Hart is trying to handle this situation. The source revealed:

Kevin is really embarrassed by what happened. He wishes he could take what happen all away. He doesn’t want to lose the women he adores so he is doing whatever he can to gain her trust back.

3. Hart Issued a Public Apology to His Family Over the Scandal

Sending so many apologies to my wife & kids. I gotta do better and I will. I'm not perfect and have never claimed to be …I love you all.

In an Instagram post, Hart issued a public apology to his wife Eniko Parrish and his kids for his behavior. Hart stated:

I’m at a place in my life where I feel like I have a target on my back and because of that, I should make smart decisions. And recently, I didn’t. You know, I’m not perfect. I’m not going to sit up here and say that I am or claim to be in any way shape or form … I made a bad error in judgment and I put myself in a bad environment where only bad things can happen and they did. And in doing that, I know that I’m going to hurt the people closest to me, who’ve I talked to and apologized to, that would be my wife and my kids.

With the video he put up, Hart also wrote the following caption:

Sending so many apologies to my wife & kids. I gotta do better and I will. I’m not perfect and have never claimed to be … I love you all.

4. Ex-Wife Torrei Hart Has Spoken Out About Hart

In an interview with Inside Edition, Kevin Hart’s ex-wife Torrei opened up about her ex’s issues with fidelity in the past, in light of the current scandal. According to Us Weekly, Torrei Hart said that “lies and infidelity” are what ended her marriage to Kevin Hart and, over the years, Hart has admitted to his cheating on his ex.

Torrei Hart also maintains that ex-husband Hart and his current wife, Eniko Parrish, were having an affair when she was still married to Hart. Parrish’s response to this was:

Their marriage was broken way before I came in the picture. They were separated living in separate homes. I was never a secret. 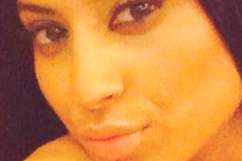 5. This Isn’t the First Cheating Scandal that Hart Has Been Involved In With Wife Eniko Parrish

Kevin Hart allegedly cheating on his pregnant wife by hooking up with another woman in the backseat of a car. See radar online for the video pic.twitter.com/YoqfPOdB1A

Hart’s wife Eniko Parrish is pregnant and this is not the first cheating scandal that has been laid in her lap during this pregnancy. In July 2017, over the summer, Hart was spotted with a woman in a car and the rumor mill exploded. According to People, Hart also laughed off allegations that he cheated with a woman who he met in a Miami Beach nightclub.

As for how Hart’s wife Eniko Parrish is doing while dealing with this scandal, a source told E! News:

Eniko was really upset about this whole situation and still is every time it’s brought up. At this moment she is not going to end their marriage. She is still very much in love with Kevin and is not ready to throw it all away.