Melissa mccarthy's face when Sean spicer comes on stage is everything #emmys2017 pic.twitter.com/YXJJAuZVdP

At the tail end of his opening monologue, Colbert asked if he’d be able to accurately tabulate the Emmy Awards Audience. The audience’s jaws collectively dropped when Sean Spicer rolled out with his characteristic podium– and Twitter exploded.

In an interview with the LA Times on Friday, Spicer joked that he believes he should share the trophy with McCarthy should she win tonight. At last week’s creative Arts Emmys, McCarthy took home the award for guest actress in a comedy for her Spicer impersonation.

Last month, Spicer signed a contract with TV lawyer Bob Barnett, who’s known for his representation of politicians and TV news celebs, according to News Week.

Anna Chlumsky's face when Sean Spicer walked out was all of us! #Emmys pic.twitter.com/3wFQKCultf

Spicer also made his first TV appearance last week since stepping down from his position at the White House by appearing on Jimmy Kimmel Live. Taking the stage, he joked, “If I had known I was going to get that kind of applause I would have left earlier.”

Asked by Kimmel why he’s so obsessed with size, and if he’s ever seen the president naked, Spicer said, “I have not.” 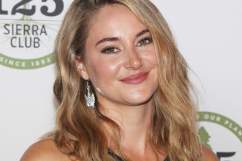