Tonight, Star Trek: Discovery finally premieres. We’ve been waiting for Star Trek to return to television ever since Enterprise aired its last episode on UPN on May 13, 2005, and now that day is finally here.

The show is scheduled to premiere tonight at 8:30 p.m. Eastern, but the start time will be delayed because the football game on CBS went into overtime. Expect the show to actually start around 8:48 p.m. Eastern and 7:48 p.m. Central, and if you’re recording, schedule your DVRs to record the show after Star Trek: Discovery too so you get the entire first episode.

Here are more details about when the show will start and how to watch it.

STAR TREK DISCOVERY AIR TIME: 8:30 p.m. Eastern (7:30 p.m. Central). Part one of the premiere, broadcast on CBS, will be one hour long. The second part will also be an hour and will air immediately after, at 9:30 p.m. Eastern on CBS All Access.

This means that part one of Discovery on CBS likely won’t start until 8:48 p.m. Eastern (7:48 p.m. Central) tonight. The time change only affects people in the Eastern and Central time zones. It will also affect what time the show starts on CBS All Access for people in those time zones.

But after the first episode premieres, you’ll need to switch to streaming the episode via CBS All Access, because the second part of the two-part premiere won’t be broadcast on CBS TV.

LIVE STREAM: To watch the episode via live stream, see Heavy’s story here. CBS All Access will be the only way to watch the second part of the premiere and all Star Trek: Discovery episodes that air next.

STAR TREK: DISCOVERY AFTER SHOW: Yes, there will be an after show for Star Trek: Discovery too. It will be called After Trek and it will debut after the show premieres, hosted by Matt Mira. You can watch it on CBS All Access on Sunday, September 24, at 11 p.m. Eastern tonight. After that, it will stream on CBS All Access every week at 9:30 p.m. Eastern.

EPISODE PREVIEW:  To get ready for tonight’s episode, you’ll want to watch this preview first. 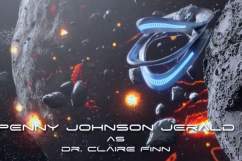 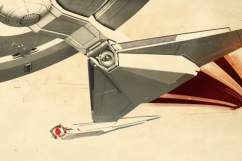 POLL: Do You Like the ‘Star Trek: Discovery’ Opening Sequence Video?