This week’s new Lifetime movie will have you scared to go anywhere without an adult. Ten: Murder Island follows 10 teenagers who go to an island without any parents, only to find their perfect paradise shattered. The film debuts on Saturday, September 16 at 8:00 p.m.. Read on for a preview and to meet the cast.

Ten: Murder Island is not based on a true story, but it is based on a novel. Gretchen McNeil’s Ten was published in September 2013 and centers on 10 teenagers who are invited to an exclusive house party on an island without parents. Meg (China Anne McClain) and her best friend Minnie (Cassidy Gifford) decide to go even though Meg doesn’t think it’s a good idea.

All of Meg’s instincts prove correct though, as each teen has a connection to Meg. They also start dying off one by one and Meg has to figure out what those connections are before it’s too late.

China Anne McClain stars as Meg, the main character in Ten: Murder Island. She should look familiar to Lifetime audiences, since she also played Ursula’s daughter in Descendants 2. McClain’s other credits include K.C. Undercover, A.N.T. Farm and House of Payne. Next year, she will be seen in The CW’s Black Lightning, a series based on the DC Comics character. You can follow her on Instagram. 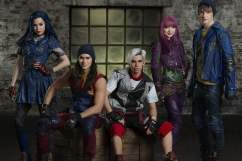 Cassidy Gifford is the daughter of Kathie Lee Gifford and Frank Gifford. She plays Minnie, Meg’s best friend. Cassidy’s breakthrough role was as Kara in the faith-based box office hit God’s Not Dead. She also appeared in episodes of That’s So Raven, The Suit Life of Zack & Cody and Blue Bloods. She was last seen in Hallmark’s Like Cats & Dogs. You can find her on Instagram right here.

Rome Flynn plays T.J. in Ten. He is best known as Zende Forrester Dominguez on The Bold and the Beautiful, a role he played from 2015 to 2017. His other credits include Drumline: A New Beat and Two-A-Days. He was also in episodes of MacGyver and NCIS: New Orleans. You can follow him on Instagram.

Callan McAuliffe stars as Ben in Ten. The Australian actor played a teen version of Jay Gatsby in the 2013 version of The Great Gatsby and also appeared in 2011’s I Am Number Four. He was also seen in a 2014 episode of Homeland and starred in the Australian series Blow Your Own Trumpet. He also starred in the 2016 movie Hacker. You can find him on Instagram here.

Raquel Castro rounds out the main cast as Lori. Castro, who is also a singer, shot to fame as a child actress in 2004’s Jersey Girl with Ben Affleck and Jennifer Lopez. She played Marisol on Fox’s hit series Empire. Her other recent credits include America (2009), Brooklyn’s Finest, Blue Bloods and Awkward.. She’s on Instagram right here.

PLOT: “A group of kids travels to an abandoned island for a party only to discover that they are being stalked and hunted down by a dangerous predator.” 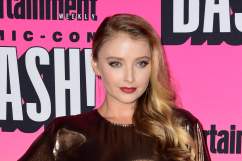 ‘My Baby Is Gone!’: Meet the Cast of Lifetime’s New Movie