CBS kicks off its premiere week with the new season of The Big Bang Theory and its first spin-off, Young Sheldon. The new series will tell the story of Sheldon Cooper as a nine-year-old, with Big Little Lies star Iain Armitage playing the role. The pilot airs at 8:30 p.m. ET on Monday, September 25, 2017. Read on for a preview of the series.

The series is set in 1989, when a nine-year-old Sheldon is suddenly thrust into the ninth grade with his older brother Georgie (Montana Jordan). It follows his childhood as he grows up in East Texas, with his twin sister (Reagan Reyord), his mother Mary (Zoe Perry), his father George (Lance Barber), brother Georgie and his beloved Meemaw (Annie Potts).

Jim Parsons, who has played the adult Sheldon since 2006 and has a Golden Globe and four Emmys for the role, narrates the series. He’s also an executive producer with The Big Bang Theory co-creator Chuck Lorre and Steven Molaro.

Lorre and Molaro told The Hollywood Reporter that they will try their best to stick to the details Sheldon has dropped about his childhood in East Texas in Big Bang. Therefore, it will be filled with Easter Eggs for longtime Big Bang fans.

“This is five years before that date that we discussed in Big Bang. People change and grow and develop and things happen over the course of many years, but we don’t have to follow the exact timeline,” Lorre told THR. “One season doesn’t have to be a year; it can be over a couple months. We have a lot of freedom with the backstory. There’s a great deal more to George than we were led to know in Sheldon’s anecdotes about his death. And yes, we’re going to show there’s a great deal more to the man than the little pieces discussed on Big Bang.”

HOW TO STREAM: For directions on how to stream Young Sheldon, click here.

NOTE: The second episode of Young Sheldon will not be airing until Thursday, November 2.

CHANNEL: CBS (To find out what channel CBS is for you, click here to go to TVGuide.com and click “change” next to “Provider.”) 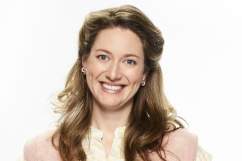 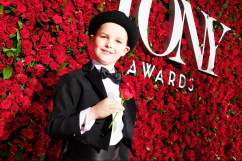 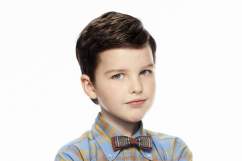 ‘Young Sheldon’ Live Stream: How to Watch Season 1 Without Cable