There are a lot of premiere cabal options, but by far one of the most popular is HBO. Sporting a plethora of original shows and movies, HBO is also a great source for films made outside of this company. While their selection of films frequently rotates, there are some nice selections in the horror genre for this year’s Halloween. When deciding upon these choices we aimed to include films that not only produced scares, but offered strong direction, acting, and cinematography as well.

These are our top five choices for the best horror movies on HBO:

There has been a lot supernatural horror that released over recent years, but one of the best is director David Sandberg’s Lights Out. The story focuses on a young woman who is dragged back to her estranged family’s home by her little brother. Upon investigation, she discovers that her unstable mother has let a malicious entity into the house.

Even though Lights Out has a fairly predictable story, this is easily overlooked by the fantastic acting and characters that Sandberg has created. They are more complex and intriguing then typical horror movie protagonists and even the ghost is more dimensional than one would expect. A special nod has to be made to the fantastic lighting that helps produce a truly unsettling atmosphere. 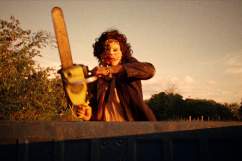 Home invasion horror movies are fairly common, but director Bryan Bertino’s The Strangers is a unique and uncompromising beast. Set in an isolated home, the story revolves around a young couple who are terrorized, tortured, and hunted by three masked psychopaths. Where The Strangers deviates from most home invasion films is its focus on slowly building up the tension. There

There are a few jump scares, but overall The Strangers aims to fill its audience with a sense of hopelessness. Not every question or story detail is answered in this movie and that’s the point. Bertino’s strangers are a force of nature that looms over the movie until the credits actually role. 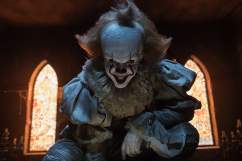 We’re bending the rules a bit for this choice, as both The Conjuring and The Conjuring 2 are hands down the two best horror movies on HBO right now. Directed by James Wan, these movies follow real-life supernatural investigators Ed and Lorraine Warren (portrayed wonderfully by Patrick Wilson and Vera Farmiga) who take on terrifying cases. Both films revolve around real cases that the Warrens documented and were involved in. Despite some aspects clearly being exaggerated, both of the Conjuring films act as masterclasses in how to produce scares.

Wan is one of the best in the business at building tension and then providing a satisfying, often horrific payoff. This is thanks to near perfect scoring and a reliance on making the audience feel vulnerable at all times. Holding all of these scares together is a terrific cast that gives great, convincing performances throughout both films. 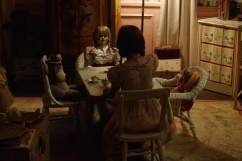 If you’re looking for a more campy, yet still entertaining movie to watch this Halloween then Krampus is the movie for you. Set during Christmas, Krampus follows the story of a disjointed family that becomes terrorized by an ancient entity that punishes those who have lost the spirit of the holiday. There’s a great mix of horror and humor in this film, as the story rightfully never tries to take itself seriously. Because of this, Krampus is free to showcase a bunch of wacky concepts and monster designs such as killer Gingerbread Men or a terrifying stuffed animal monster. It’s all very silly, but that’s what makes this horror film such a riot. 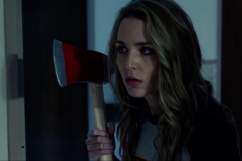 Perhaps one of the most famous found footage films to ever release, The Blair Witch Project helped redefine modern horror filmmaking. The main premise revolves around a group of friends making a documentary about a local town legend. This leads to them not only getting lost in a forest but becoming hunted by an unknown force. Through clever camera work and solid performances, The Blair Witch Project instantly establishes a sense of dread and impending doom. You never feel like the crew has the upper hand, which helps develop a sense of tension once the more supernatural elements start to kick in. Make no mistake, this is a nasty little horror movie that should be viewed at least once.