Bobbi Kristina Brown was the only child of Whitney Houston and Bobbi Brown, but she lost her life in July 2015, in a way very similar to the death of her mother. Ultimately, Brown’s official cause of death was reported as Lobar pneumonia induced by immersion and drug intoxication. According to CBS News, Brown’s face was “immersed in water and she was intoxicated with a mix of marijuana, alcohol, morphine and other drugs – both conditions that caused pneumonia that led to her death.” This was reported by the medical examiner in an official statement. Fulton County Medical Examiner’s office in Atlanta and it was reported that marijuana and alcohol were absolutely involved in the death, along with medications used to treat anxiety. There was also “a cocaine-related substance” called benzoylecgonine involved, along with morphine, but “it could not be determined from toxicology tests whether the morphine resulted from heroin use.” The medical examiner also released the following statement when it came to the question of whether Brown was murdered:

Death was clearly not due to natural causes, but the medical examiner has not been able to determine whether death was due to intentional or accidental causes, and has therefore classified the manner of death as Undetermined.

Brown was found unresponsive in the bathtub at her Atlanta townhouse on January 31, 2015. She died months later in hospice care on July 26, 2015.

In November 2016, Nick Gordon was found liable in the wrongful death suit of Bobbi Kristina Brown. The two were practically raised as brother and sister, but later carried on a romantic relationship. People reported that in the case ruling, Gordon was ordered to pay $36 million to Brown’s estate. People reports the breakdown of Judge T. Jackson Bedford, Jr.’s ruling as this:

—$13 million for pain and suffering, with an additional $4,200,000 because Gordon was under the influence of alcohol and drugs

And when the ruling came out, Brown’s father Bobby Brown posted the official outcome from his legal team on his Instagram account, along with his own thoughts. See post below.

Thank you all for your support. NOW is the time for District Attorney Howard to act!! #JusticeforBobbiKristina 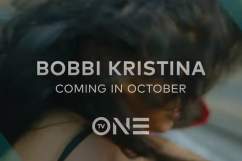