A new biopic about Bobbi Kristina Brown’s life and death will air tonight despite Bobby Brown’s attempts to stop TV One from releasing it.

The controversial film, simply titled Bobbi Kristina, will explore the life of Bobbi Kristina Brown, and in the words of screenwriter Rhonda Baraka, the movie will “dig a little deeper and understand why this little girl’s life was the way it was.”

Bobbi Kristina Brown was just 22-years-old when she was found unconscious in a bathtub by her boyfriend, Nick Gordon. After being rushed to the hospital, she was placed in a medically induced coma.

Brown died in hospice care on July 26, 2015. An autopsy report released on March 4, 2016, revealed that Brown died from lobar pneumonia, according to ABC. The report stated that the lobar pneumonia was due to her face being “in water complicating mixed drug intoxication,” along with “Hypoxic ischemic encephalopathy,” which is brain damage caused by a lack of oxygen, reports ABC.

1. Bobby Brown Filed a Lawsuit Against TV One over the Movie

In September, Bobby Brown, Bobbi Kristina Brown’s father and a well-known R&B artist, filed a lawsuit to stop the biopic about his daughter from airing.

The New York Post reports that Brown believes the movie is “defamatory and untrue”, and paints him as a neglectful father. In his lawsuit, he claimed that the documentary suggests he “does not love his daughter [and is not] committed to his daughter.”

Brown also charged that the film’s producers, Tracey Baker-Simmons and Wanda Shelley, took advantage of their previous work with him to make the movie. Court documents obtained by E! reveal that Bobby claimed TV One defendants, “knowingly and maliciously” used personal information to promote the biopic.

In addition to stopping the movie from airing, Brown sought $1 million in damages from the production comapny.

2. A Judge Has Refused Brown’s Request for the Movie to Be Blocked

Earlier this week, a federal judge denied Bobby Brown’s request to keep the film from airing.

Analisa Torres, the Manhattan federal judge, is reported by the New York Post as saying that Kristina’s claims that the movie defames him are “speculative” because he has not seen the film or read the script.

The Post reports him as saying, “Whether Bobby Brown was a bad father is a matter of opinion.” The judge reportedly quoted a portion of Brown’s memoir, “Every Little Stop” in which he wrote, “I turned around to her, drew back my hand, and smacked her (Houston) across the face.”

3. The Lawsuit Reportedly States There Are Scenes Suggesting Brown Did Not Love His Daughter

According to the New York Post, a section of the amended lawsuit filed by Brown reads:

Brown also claims he sold rights to a movie about his life to BET and that the biopic about his daughter “jeopardizes that project.”

Johnson is known for playing the role of Roland “Wee-Bey” Brice on HBOs The Wire.

The actor first gained recognition in Spike Lee’s film Clockers in 1995. He also appeared in the movie In Too Deep, and had a recurring role on ER as Darnell Thibeaux.

5. TV One Responded to the Lawsuit in a Statement

How much do you really know about #BobbiKristina? Find out Sunday at 7/6c! pic.twitter.com/krYP0E9lGM

In response to Brown’s lawsuit, TV One released a statement that read, “We are aware of the reported legal challenge by Bobby Brown regarding the film Bobbi Kristina and are taking appropriate steps on behalf of our network to respond. While we are not able to address our legal response at this time, we stand by the film and its representation of this period in Bobbi Kristina’s life.”

The producers of Bobbi Kristina, Tracey Baker-Simmons and Wanda Shelley, worked on the 2004 reality show Being Bobby Brown with the R&B artist. 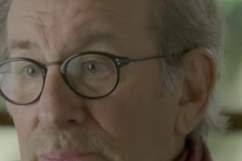 ‘Spielberg’ Documentary HBO Live Stream: How to Watch Without Cable