Juri does not have public social media pages.

Here’s a look at Juri’s life, career and her important role in Blade Runner 2049. WARNING: Spoilers for the film follow.

Spoilers ahead – skip the next two paragraphs if you don’t want to know what Juri’s role really is.

During K’s (Gosling) search for the child of Rachael (Sean Young), the Replicant Deckard fell in love with during the first Blade Runner, he questions her about the implanted memories she creates for Niander Wallace’s (Leto) new Replicants.

K, who is a Replicant, believes that a memory he has means he is the child of Deckard and Rachael. However, he soon learns that their child was a girl. He eventually figures out who the child is, and saves Deckard from Wallace and Luv (Hoeks). The child was Ana. The last scene of the film is her meeting her father for the first time. 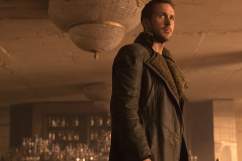 2. Juri Went Back to School Undercover to Prepare for ‘Wetlands’

The 2013 German film Wetlands launched Juri’s international career. The film was based on a controversial novel by Charlotte Roche and directed by David Wnendt. It was just as eyebrow-raising as the book, with a pull quote on the U.S. poster that called it the “most WTF, NSFW movie at this year’s Sundance Film Festival.”

In an interview with the New York Times, Juri said she went back to school “undercover” to prepare for the role. The teachers didn’t even know she was an actress!

“I had to go back to school with 18-year-olds — undercover,” Juri told the Times. “The teachers didn’t know I was an actor, only the director of the school did. I had to make sure when they called me Helen, I turned my head. I had to take math exams, Spanish exams. The teacher would come and say, ‘Helen, I’m really worried about your Spanish.'” 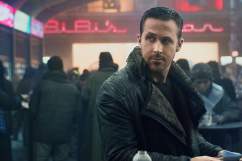 3. Juri Got the Role After Denis Villeneuve Saw ‘Wetlands’ & Gosling Called Her an ‘Incredible Talent’

Blade Runner 2049 is set in Los Angeles, but like most Hollywood blockbusters today, it is very international behind the scenes. In an interview with Switzerland’s Bluewin, director Denis Villeneuve said he worked with international talent agencies to fill out his cast. Juri was one of the talents he met with.

“Then I watched clips of her and finally the whole film [Wetlands],” the director said. “I was very impressed and she was very strong at the audition. I really wanted to have it. She will still hear a lot from her in the future. And Ryan Gosling was also very impressed by her.”

Gosling added, “Right. I also looked at Wetlands after hearing that we were working together. She is an incredible talent.”

Even Harrison Ford complimented Juri’s performance. “Yes, she was great,” he told Bluewin. 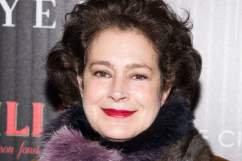 Juri’s resume lists that she’s fluent in three languages – German, Italian and English. She also can speak some French, but not as well as the other three.

She was born in Locarno, in an Italian-speaking canton of Switzerland. Juri’s father is a lawyer and her mother is a scultpor. She went to New York at age 15 and studied drama in Los Angeles from 2005 to 2007 at the Theatrical Arts Theater Company. From 2008 to 2010, she studied in London.

In an interview with Movie Maker, Juri said she decided to become an actress at about 19 or 20 years old.

“I realized that film combined different art forms: poetry, history, psychology, painting, sculpture and music. It was a relief to find a medium to combine them all,” she explained.

Juri also said in that interview that her ability to speak three languages means that she had agents in London, Rom and Berlin. “If there wasn’t work in London, there was work in Rome. I was hopping like a vagabond around Europe, going to auditions. It was a pretty full schedule,” she said. 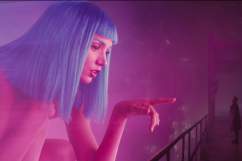 5. Juri’s Next Movies are ‘Walking to Paris’ & ‘Intrigo: Dear Agnes’

After Wetlands, Juri landed English-speaking roles in Morris from America and Brimstone. She has two movies set for release in 2018.

Next up is Walking to Paris, written and directed by Peter Greenway (The Cook, The Thief, His Wife & Her Lover). She stars with Emun Elliot, who plays the late Romanian artist Constantin Brancusi.

She also has a role in a film called Intrigo: Dear Agnes with Gemma Chan (Fantastic Beasts and Where to Find Them). That project is being directed by Daniel Alfredson, who is known for directing the Swedish films of The Girl Who Played With Fire and The Girl Who Kicked the Hornet’s Nest. 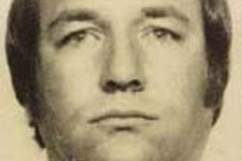