The 2017 parade for Columbus Day in NYC is held this afternoon and is broadcast on ABC. Get all the details on the parade route, the hosts, run time and more below.

LIVE STREAM: Click here to check out how to watch the parade online via live stream.

ADDITIONAL CELEBRATIONS: As more and more people decide against celebrating the day, demonstrations are expected. In addition, many celebrate Indigenous Peoples’ Day instead, as Curbed New York reports the Redhawk Native American Arts Council will host its own festival on Randall’s Island until 4 p.m. ET today. And, according to Patch.com, the parade comes amidst calls to remove a 70-foot monument to Christopher Columbus in Columbus Circle in NYC. 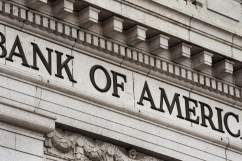 Are the Banks Open on Columbus Day 2017?

Is There Garbage Pickup On Columbus Day 2017?