Jason Aldean was devastated on Sunday night when his concert became the site of the deadliest mass shooting in US history. He is now stepping away for a short time to allow those affected by the shooting to grieve.

Aldean has cancelled his concerts for the remainder of the week. He will resume on October 12 in Tulsa. TMZ reports him as saying, “It is the right thing to do. It has been an emotional time for everyone involved this week, so we plan to take some time to mourn the ones we have lost.”

Aldean was originally set to perform at The Forum in Los Angeles, California, on Friday, October 6, followed by performances in San Diego and Anaheim this weekend. Those performances have been cancelled.

“Our first time back on stage will be a very tough and emotional thing for us,” Jason explained to TMZ,  “but we will all get through it together and honor the people we lost by doing the only thing we know how to do — play our songs for them.”

Aldean, 40, was in the middle of performing when a gunman opened fire from the 32nd floor of the Mandalay Bay Resort and Casino, killing at least 50 and injuring at least 200, according to a police press briefing delivered by Sheriff Joseph Lombardo early Monday morning.

Over the last 24 hrs I have gone through lots of emotions. Fear, Anger, Heartache, Compassion and many others. I truely dont understand why a person would want to take the life of another. Something has changed in this country and in this world lately that is scary to see. This world is becoming the kind of place i am afraid to raise my children in. At the end of the day we arent Democrats or Republicans, Whites or Blacks, Men or Women. We are all humans and we are all Americans and its time to start acting like it and stand together as ONE! That is the only way we will ever get this Country to be better than it has ever been, but we have a long way to go and we have to start now. My heart aches for the Victims and their families of this Senseless act. I am so sorry for the hurt and pain everyone is feeling right now and there are no words i can say to to take that pain away. Just know u all are in my heart and my prayers as we all go through this together. Time to come together and stop the hate! #stopthehate #prayforlasvegas

On Monday, Aldean uploaded an Instagram post that read, “Tonight has been beyond horrific. I still dont know what to say but wanted to let everyone know that Me and my Crew are safe. My Thoughts and prayers go out to everyone involved tonight. It hurts my heart that this would happen to anyone who was just coming out to enjoy what should have been a fun night.” 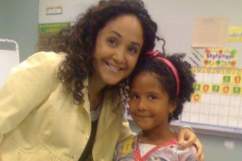