Lindsey Stirling is a talented violinist, YouTube personality and a front-running contestant on Dancing With the Stars season 25. She is paired with veteran pro dancer Mark Ballas and has been excelling in the competition.

Unfortunately, Stirling’s personal life has not been going as smoothly as her time in the ballroom, as she recently confirmed she and her boyfriend Ryan Weed just went through a break up. In fact, the last time that the couple were photographed together via Stirling’s Instagram, was in mid-July. In a June photo post of the ex-couple, Stirling wrote this caption:

Been dating this man for a year and he’s taught me so much about service and How not to dance. Happy anniversary @coldhunnid and don’t worry my toe is getting better.

Started dating this hottie 1 year ago today. We’ve learned and grown so much together and I’m so grateful for her. But tinder is calling my name so I’m afraid I’ll have to let her go soon.

Perhaps Weed was just joking, but the two ended up breaking up just a couple months later.

Last week on DWTS, Stirling confided in her pro partner Ballas, revealing on camera that:

It’s been a rough couple weeks. My relationship of a year and a half came to an end a week ago. It’s been hard to push through all of this while feeling a lot inside … I want to have a family and I thought I was almost ready to go to that next phase.

Ballas said he understood and assured Stirling that one would never know she was hurting from the way she was performing.

So, who is Stirling’s ex? According to Earn the Necklace, he originally hails from Utah and for work, a source has stated that he has owned an independent fragrance house and that he reportedly ran a kayak and canoe rental service called Hawaii Beach Time. Whatever the case, it’s clear from his Instagram account that Weed is a photographer.

Prior to dating Weed, Stirling was in a relationship with Devin Graham, the videographer and co-director from her first music video, “Crystallize.”

In addition to dealing with a break up this year, Lindsey Stirling has also been dealing with the death of her father Stephen, who had been battling cancer. After her father passed away, Stirling took to Instagram to share her grief, writing:

My dad passed away early this morning. There is nothing to say that could express my gratitude for this amazing, selfless man. But I love you daddy. I’m the woman I am today because of you.

Before Stephen Stirling’s death, he left a meaningful message on Facebook. His last message was this:

#GardenoftheGods and #PersonaNonGrata are parables of renewal: renewal of faith, renewal of life, renewal of love, and triumph despite immeasurable odds. I want to bear my testimony that I am so eternally grateful for my Savior Jesus Christ, who made the impossible possible. I cherish the people the Lord has given me to love and I treasure the knowledge that life’s adventures have given me. As I prepare to write the next chapter of my life, I am not afraid. God be with you ’til we meet again.
Love always,
Stephen J. Stirling

What is even more heartbreaking is the fact that this is not the first time Stirling lost a loved one to cancer. LDS Living reported that, in 2015, Stirling’s best friend Jason “Gavi” Gaviati, passed away from Burkitt lymphoma. 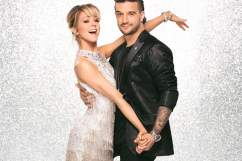