Morgan Freeman has been targeted in a death hoax by a fake news story that is getting some social lift, but, don’t worry, as of October 15, the famed actor was not dead.

The false story was spun up by a site calling itself Action News 3. Its headline falsely blared, “Legendary Actor Morgan Freeman Dead At Age 80.” After the story began circulating, comedian and actor Rob Schneider, 53, said on Twitter that Morgan Freeman is not dead. “Just heard Morgan Freeman is VERY MUCH ALIVE!! Sorry!”

The story falsely states that “Morgan Freeman passed away in his Charleston, Mississippi home early this morning, according to his representatives. An investigation is underway, however the coroner stated his death was likely of ‘natural causes.’” The “story” even goes so far as to say, “This is a painful day for all that were inspired by his amazing talent. He will be greatly missed.”

Except that Freeman is not dead, and a closer look at the site reveals that it has also published headlines that say things like “Texas Turkey Farm Contaminated With Zika Virus, Over 250,000 Holiday Turkeys Infected” and “Hostess Discontinues Twinkies.”

The Morgan Freeman death hoax story has been shared on Facebook at least 779,000 times, causing many fans to mistakenly believe the Hollywood legend is dead. According to the Mirror, the false story started circulating on October 5, and it was still being shared and confusing fans by October 15.

Freeman has posted on Facebook in the past few days, writing about a new National Geographic program he’s involved in, but he hasn’t addressed the recent death hoax.

The National Geographic program is called The Story of Us. A story after the false report began circulating reads, “Freeman is embarking on another mission with National Geographic, to investigate what it is that unites us all. Each episode will take us across the globe with Freeman to meet resilient individuals who, through their own powerful stories, teach us about the innate forces at work in each of us.”

That story, which ran on the National Geographic website, contains direct quotes from Freeman, again confirming that the iconic actor is very much alive. And you can be assured that when he does pass away, there will be a plethora of news stories hitting the web about it from many credible sites, not just one sketchy one.

Morgan Freeman has been the target of past death hoaxes. He said in 2012 when he was age 75, “Like Mark Twain, I keep reading that I have died. I hope those stories are not true…but if they are, I’m happy to report that my afterlife seems identical to my life when I was alive.”

All of this didn’t stop some people from falling for the fake. Wrote one man on Twitter, “What?! So sad… RIP Morgan Freeman ?” Another man wrote, “Thank you for your life’s work RIP…Legendary Actor Morgan Freeman Dead At Age 80.”

But of course Freeman is not dead. In fact, Morgan Freeman’s verified Twitter page was busy on October 15 retweeting various news stories and photos. One of them was a post critical of President Donald Trump. He’s also been commenting on Twitter lately on the Harvey Weinstein sexual abuse allegations. Freeman’s Twitter page has made no mention of the most recent death hoax.

Other celebrities, including Clint Eastwood, have falsely been reported as dead as fake news becomes harder to distinguish from the real product. He’s far from the only person subjected to it, either, as death hoaxes have struck everyone from Mark Hamill to Bob Barker. 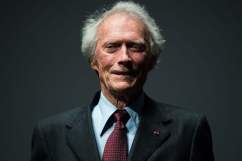