Over six months after we saw the teaser trailer for Star Wars: The Last Jedi, we are finally seeing the first full theatrical trailer. Disney and Lucasfilm announced on Sunday that the trailer will be seen during halftime of the Monday, October 9 Monday Night Football game between the Minnesota Vikings and Chicago Bears in Chicago. Kick-off is at 8:15 p.m. EDT/5:15 p.m. PDT. Since the trailer won’t be shown until after the first two quarters, so you probably won’t have to tune in until between 9:00 p.m. and 9:30 p.m. EDT if you aren’t interested in the game.

The trailer will be the first since the teaser trailer was released in April during Star Wars Celebration in Orlando. This was followed by a behind-the-scenes reel in July, which was timed with the D23 convention.

Disney has been tight-lipped about the film as expected. We didn’t see a trailer for the film during the Super Bowl in February. There also wasn’t a new trailer released during San Diego Comic Con in July.

In addition to the new trailer, Disney will be making tickets available to pre-order at Fandango, Moviefone and other online ticket retailers. Disney did the same thing for The Force Awakens after premiering a trailer during MNF in Fall 2015.

The Last Jedi was written and directed by Rian Johnson (Looper) and picks up right where The Force Awakens left off, with Rey (Daisy Ridley) returning the lightsaber Anakin Skywalker built to Luke Skywalker (Mark Hamill) on Ahch-To. Meanwhile, General Leia Organa’s (Carrie Fisher) Resistance has to fight the First Order, which is picking up the pieces from the destroyed third Death Star… ahem… Starkiller Base. 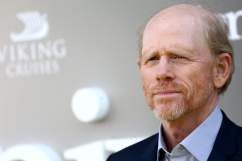