Tonight, Kumail Nanjiana (“The Big Sick”) will be hosting SNL for the first time. This evening’s musical guest will be Pink.

Nanjiana, 39, is a Pakistani-American stand-up comedian, best known for being a main cast member on HBO’s Silicon Valley. He also starred in TNT’s Franklin & Bash.

Nanjiani was part of the summer romantic comedy film The Big Sick, which had its world premiere at Sundance on January 20, 2017. The movie was made on a budget of $5 million, and grossed $52 million worldwide, making it one of the highest-grossing independent films of 2017.

Pink’s new album, Beautiful Trauma, came out just yesterday. The album is her seventh one– and the first in five years.

Many exciting guests will be hosting and performing on SNL this year, which marks its 43rd season. Gal Gadot hosted one episode with musical guest Sam Smith earlier this year, while Ryan Gosling and Jay Z were part of the season premiere.

Pink’s husband, Carey Hart, is pumped for the musician’s appearance tonight. The professional motocross competitor took to Twitter to write, “Congrats to my bad ass wife @pink !!!!! She can do it all. Bad ass biker woman, amazing mother, best friend, and platinum selling artists! Congrats on the amazing album release today, and I can’t wait to see you kick ass on Saturday Night Live tomorrow! Love you baby.”

The couple recently celebrated their 11th wedding anniversary in January. They have two children together: Willow Sage Hart, 6, and Jameson Moon Hart. 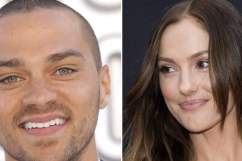 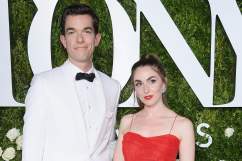