@Pink will perform a show-stopping rendition of 'Beautiful Trauma' at the #AMAs. It's going to be NEXT LEVEL! 11.19 on ABC. #PINKxAMAs

The 2017 American Music Awards is one of the biggest events in the music industry, celebrating accomplishments in the field from the past year. For tonight’s AMAs, Black-ish actress Tracee Ellis Ross is the show host and her mother, the iconic Diana Ross, will be receiving the Lifetime Achievement Award. Ross will also take the stage as a performer to celebrate her big honor. In an interview with ABC News, Ross’ daughter gushed about her mom’s award, saying, “There’s so much of an emphasis on youth, but to see a woman whose career has spanned so many decades, that is still performing, still on stage, still singing live, still looking gorgeous … it shows you what’s possible. And people who’ve never seen her … it’s worth it!” Celebrity Insider also reports Tracee Ellis Ross saying that, “I think it’s a really extraordinary thing to honor somebody who’s had such an everlasting career, whose music has touched lives in such a poignant and special way. Music reaches into your heart, and my mom’s voice has been a part of people’s lives for a long time.” As for additional performers lined up this evening, there are some huge names ready to rock the stage.

Pink and Kelly Clarkson are reportedly opening the show and there will be stunts involved. According to Us Weekly, while rehearsing for her set, Pink was suspended several stories up in the air, off the side of the 34-floor JW Marriott hotel in downtown Los Angeles. Prior to hanging off the building, Pink said she felt the fear and was worried about not being able to perform well. Pink admitted, “This is by far the craziest, most insane thing I’ve ever attempted to do. This is the first time that I’ve ever panicked.” Pink is said to be singing her song “Beautiful Trauma”. Recently, Macklermore and Skylar Grey were added to the lineup of AMAs performers, making themselves the last announced act for the night, as reported by Billboard. The two will perform the song “Glorious” from Macklemore’s album “Gemini”. Christina Aguilera will perform tonight, after some time away from the awards show stage. She will be performing a medley of songs as a tribute to Whitney Houston, in honor of the 25th anniversary for the movie The Bodyguard.

@ladygaga is performing 'The Cure' LIVE from her #JoanneWorldTour stop in Washington D.C.! ? #GAGAxAMAs this Sunday at 8/7c on ABC.

K-Pop’s seven-member group BTS will perform at tonight’s show, singing their song “DNA.” In May 2017, the group made their American awards show debut at the Billboard Music Awards. Another big moment tonight will be when Selena Gomez hits the stage with her song “Wolves.” This is the first time that Gomez will perform since her kidney transplant surgery. Not to mention, Gomez has been all over the media for rekindling her romance with former sweetheart Justin Bieber. Demi Lovato is reportedly singing her song “Sorry Not Sorry”, Niall Horan is performing “Slow Hands”, Portugal. The Man will execute “Feel It Still”, Nick Jonas is singing “Find You”, and Shawn Mendes is going to perform his hit “There’s Nothing Holdin’ Me Back”. Lady Gaga, who is currently on tour, will perform from a remote location in Washington D.C., singing her song “The Cure”. Imagine Dragons and Khalid are taking the stage as a duo tonight, as are Zedd and Alessia Cara with their song “Stay.” Hailee Steinfeld, Alesso, Florida Georgia Line and Watt are getting together for a performance of the song “Let Me Go”. 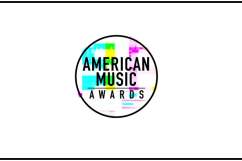