Just one day after actress Kristina Cohen filed a report alleging Westwick sexually assaulted her three years ago, Wynn took to Facebook to share her own encounter with the actor.

Wynn claims that Westwick raped her in 2014, while she was visiting an estate he was renting with a friend. She says that after the incident, friends told her to keep quiet and that sharing what had happened would make her seem like she was looking for fame. Wynn closes her Facebook post with “#metoo”.

On Thursday, Westwick responded to Wynn’s claims on Twitter, writing, “It is disheartening and sad to me that as a result of two unverified and provably untrue social media claims, there are some in this environment who could ever conclude I have anything to do with such vile and horrific conduct. I have absolutely not, and I am cooperating with the authorities so that they can clear my name as soon as possible.”

Here’s what we know about Aurélie Wynn.

1. She Says That Westwick “Ripped” Her Bathing Suit During the Alleged Rape

Wynn’s original post states that she was invited to the Glendower Estates, which Ed was supposedly renting at the time, by a friend of hers who was “dating his roommate a cast member on Glee.” The group spent time together until 5am, when the sun began to rise.

Wynn writes “… like Kristina, I said no and he pushed me face down and [I] was powerless under his weight. I was wearing a one piece bathing suit that he ripped, I was in complete shock.” She continues by saying that when she checked her cellphone after the alleged incident, she learned that the friend she’d traveled to the estate with had left or gotten kicked out, so she had another friend call her an Uber. Wynn writes that she recorded her experience exiting the house “since it’s literally a maze.” She did not specify whether she still has the video.

“…I kept quiet and soon got to see and hear how prevalent sexual assault and intimidation goes on in this industry…to the point where I questioned how much I really wanted to be in entertainment as I didn’t see it getting better. And at what cost?”

Wynn included two pictures at the bottom of her Facebook post: one of a Huffington Post article about Mike Salling, titled “‘Glee’ actor Mark Salling pleads guilty to child pornography charges'”, along with a photo of Ed Westwick with text that reads, “Ed Westwick has been accused of rape by an actress. Swipe up.” The second photo shows Wynn standing with two women who she identifies as Eleni Feleke and Cuc Nguyen. A September 2014 Instagram post reveals that Cuc Nguyen is Wynn’s mother.

On Thursday, Wynn deleted her first Facebook post and uploaded an edited version of the same story. Thursday’s posts did not include a tag with her mother’s name, or the photo of her and the two women.

2. She Claims to Have Been Dating ‘Glee’s’ Mark Salling at the Time of the Incident

In her Facebook post, Wynn writes that after the alleged assault, “I told the guy I was seeing that I got raped, Mark Salling, and when he found out by who he pretended not to know him, then blamed me for it and broke it off with me. My other friends and people around me told me it was best not to say anything, to not be ‘that girl’ and that no one would believe me and think I was just out trying to get my 10 seconds of fame.”

Salling, known for playing Noah “Puck” Puckerman in Glee, was charged with receiving and possessing child pornography on May 27, 2016. On October 4, 2017, he pleaded guilty to the charges. Salling will be sentenced to four to seven years in prison, according to court documents obtained by The Blast.

3. Her IMDB Resume States She Appeared on ‘The Mindy Project’

Wynn’s IMDB resume, where she is listed as Aurelie Marie Cao, states that she was part of Season 1, Episode 13 of The Mindy Project as Zah, Brendan’s Date.

Her only other credit is listed as co-host of “AsianBoston: Business Spotlight Episode 6 Reggie Wong Tribute.”

4. She Thanked Kristina Cohen for Sharing Her Story of Westwick

On Monday evening, Kristina Cohen took to Facebook with a post claiming that Westwick raped her three years ago when she attended a party at his house. The post read, “… I went and laid down in the guest room where I eventually fell asleep, I was woken up abruptly by Ed on top of me, his fingers entering my body. I told him to stop, but he was strong. I fought him off as hard as I could but he grabbed my face in his hands, shaking me, telling me he wanted to fuck me. I was paralyzed, terrified. I couldn’t speak, I could no longer move. He held me down and raped me.”

In her own Facebook post, Wynn said that she is incredibly thankful that “all of this is finally coming to light” and that there can be justice in the world. She continued, “I believe you Kristina Cohen and thank you for speaking up so eloquently and really encompassing what young female actresses have to go through at the hands of men like Ed Westwick. Without you I would not have had the strength to speak up publicly about my ordeal. #metoo”

5. Her Twitter Bio Says She Is an Actress, Model, Animal Activist, and Environmentalist

Wynn’s Twitter page states she is an “actress, model and animal activist, environmentalist.”

She has over 4,770 followers on Twitter, and is an active Periscope user.

Facebook users have flocked to the comments section of Wynn’s post. Some have offered their support support– one user wrote, “Sending you lots of love. Thank you for your courage.” Others, however, have accused Wynn of lying, writing things like, “I think you have to learn better cute lying” and, “This is getting out of hand. Like her and Kristina or whatever her name is are doing this to fund a movie or something.” 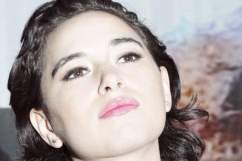