Actor Corey Feldman has admitted that he married his Canadian girlfriend in the aftermath of Trump’s election win because he was nervous about her immigration status. Feldman, 46, and Courtney Anne Mitchell, 28, were wed in November 2016 after a quickie two week engagement. Their nuptials took place at Elton John’s Fizz champagne lounge in Caesar’s Palace. The marriage is Feldman’s third, in 1989 he married General Hospital star Vanessa Marcil. That lasted until 1993. While in October 2002, Feldman married Susie Sprague during an episode of The Surreal Life. Though the couple split in 2009, their divorce wasn’t made final until 2014 due to a long dispute over their 12-year-old son, Zen.

Here’s what you need to know about the third Mrs. Corey Feldman:

1. Mitchell Is the DJ & Keyboard Player in Feldman’s Band

According to her Instagram page, Mitchell is the DJ and keyboard player in Feldman’s band, Corey Feldman & the Angels. After the group’s infamous performance the Today show, Feldman and Mitchell defending themselves on Facebook, reported People. Feldman said, “We just wanted to tell everybody that, like, it’s been really painful. We put ourselves out there and we did the best that we could. And, like, I’ve never had such mean things said about me. Like constantly.”

GettyFeldman and Mitchell pictured with another of their bandmates, Brittany Paige in September 2017.

Feldman said, according to People that he won’t be expecting to have children any time soon due to Mitchell’s career, “Courtney is young and she has a career in modeling and music, she would rather keep her body in good shape for now. She’s getting good practice with Zen.”

In 2015, the couple was featured in an episode of Celebrity Wife Swap with comedian Tommy Davidson. One reviewer said the episode made it seem as though Feldman was running “an all-girl sex cult.”

2. Mitchell Admitted in an Interview to Having ‘Hot Sex on a Motorcyle’

Mitchell was photographed for Playboy in 2011. In the interview, Mitchell is referred to as a coed. During the piece, Mitchell admits to having “hot sex” on a motorcycle and “getting down ‘n’ dirty in college restroom.” Her hometown is given as Vancouver. On her Facebook page, Mitchell says that after doing the shoot she was invited to the Playboy Mansion where she met Feldman during a Midsummer’s Night Dream party.

Mitchell has also been photographed by Sports Illustrated’s Brian Hayes and Playboy’s David Mecey. Her Facebook bio adds that she studied at London’s Ministry of Sound to become a DJ. While her modeling career began when she photographed for Sears at the age of 10. The profile reads, “Her versatile skill set, along with her positive attitude and work ethic, has allowed her to continue working with the industry’s top directors and photographers.”

Feldman said in an interview with the Hollywood Reporter that, “before I met Courtney, I was a bit of a playboy.” The actor added that, “A lot of girls I was dating, you know, were all kind of telling me the same thing which is like, hey, I have this passion for art, or, you know, I’m a musician, I’m a singer, I’m an actress. But a lot of them were selling themselves short. They were going and trying to do Playboy, and that was like their biggest goal – to be a kind of glam girl, T&A model, that type of stuff.” Feldman later added that Mitchell was his “No. 1 partner.”

3. Their Wedding Was Officiated by the Creator of Showtime’s Gigolos

The pair got engaged following Trump’s victory in early November while in Palm Springs. The couple was celebrating their fourth anniversary at the time. In an interview with People Magazine, Feldman described his proposal saying:

I was of course a bit nervous, as any man will admit, you never truly know what a woman is thinking. So as much as I assumed she would be happy and say “yes,” there’s always that insecure part of my brain that regresses immediately to my childhood and thought maybe not.

So I kinda chickened out and did a written proposal by writing a note with two check boxes, one for yes and the other for no. Of course there was a ring in there with the note. Luckily she said, “Yes!”

She was very surprised, excited and started crying. She was surprised because we had both been so anti-marriage since we met.

Feldman told Too Fab after the nuptials that he was a “very excited and happy man.” The wedding was officiated by the creator of Showtime’s Gigolos Marklen Kennedy.

Prior to the wedding, the couple had joined bachelor and bachelorette parties at the Chateau Nightclub in Las Vegas. Feldman had earlier told People that, “We are planning a small, secret wedding just for family, very soon. We will likely have a big public wedding for friends and media to attend within a year.”

4. Mitchell Was by Her Husband’s Side During His Difficult Appearance on Dr. Oz

On November 2, Mitchell was by Feldman’s side as he made admissions about the abuse he suffered on an episode of Dr. Oz, including naming one of his alleged abusers. Feldman sent a message to police during his appearance on the show, “I’m going to give you the names of everybody… everybody I’ve got knowledge of, and I would like you to start putting pressure on all of them.”

Feldman told Dr. Oz about what he knew of alleged abuser Jon Grissom’s whereabouts, “They’re living in Mexico. I found that out a week and a half ago. I had a very lovely fan – I don’t even know that they’re a fan or just somebody that cares about this topic. But somebody on my Twitter feed posted a video saying, “This is the guy.”

5. Mitchell Is a Big Supporter of Her Husband’s Movie Fundraising Efforts

Mitchell is a huge advocate and supporter for her husband’s fund raising efforts. Feldman is still trying to raise $10 million in order to finance a movie about the abuse he suffered. The actor has said that this will be a feature length movie that will be in studios. At the time of writing, the project has raised a little under $200,000. Feldman writes on his Indiegogo page:

We are asking for friends, fans, family, industry peers, and people from all walks of life who may not know who Corey is or what this story is about, to all help pitch in, at fighting back against the Hollywood system, the best way a man created in the system, knows how to defend himself; by telling his truth through his art.

Haim’s mother has objected to the movie, according to the Daily Beast, saying, “He doesn’t need $10 million to do it.” Though she added that she supported Feldman’s advocacy and willingness to name names.

Feldman first made the pedophile ring allegations in an interview with the Hollywood Reporter. 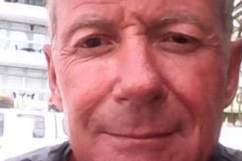