Empire Season 4 Episode 5 "The Fool" Promo (HD)Empire 4×05 "The Fool" Season 4 Episode 5 Promo – When the secret about Lucious' memory is exposed, Cookie attempts to convince the board that he is fine by inviting the press to watch him produce the first 20 for 20 album. Eddie Barker (guest star Forest Whitaker) jumps in to help Lucious get back…2017-10-19T01:04:37.000Z

There will be no new episode of Empire tonight because of the World Series.

That’s right– tonight’s 113th World Series comes down to the LA Dodgers and the Houston Astros, and the game will air at 8:20pm ET. Because of the schedule conflict, fans will have to wait until next week, November 8, to catch a new episode of the hit FOX drama.

That feeling when there's no #Empire episode tonight… pic.twitter.com/WD1hv5FZmI

Tonight marks the second consecutive week that baseball has interfered with an Empire airing. Last week, October 25, Game 2 of the World Series aired in the Lyon family’s regular spot. Star will also be pushed back tonight because of Game 7 of the World Series.

When we left off on Empire, Anika had threatened to file for full custody of Bella in an attempt to take her away from Hakeem. Lucious, meanwhile, was still in the throes of his battle with memory loss– and we’re still feeling uneasy about the intentions of his nurse, Claudia, played by Demi Moore.

Empire was also having a rough go of deciding which artists would be part of the 20 for 20 series. The show turned into a reality competition of sorts when artists went neck to neck in a performance for the judges– Cookie, Lucious, Becky, and Porsha. Lucious, or rather, Dwight, grew increasingly perturbed by Cookie’s abrasiveness and lack of sympathy for the artists. At one point, Dwight told Cookie that she’s being too hard on people, to which Cookie replied that she’s running a company– not only that, but she’s acting like him.

An October 17 article article in the Chicago Tribune revealed that a class-action lawsuit is moving forward against Twentieth Century Fox Television in regards to Empire. “The lawsuit claimed the network encouraged Cook County officials, who are also being sued, to shut down several vital areas of a juvenile prison while filming scenes for ‘Empire’ — to the detriment of the inmates,” the outlet reports. Several scenes depicting Lucious’ imprisonment were filmed at the Cook County Juvenile Temporary Detention Center in 2015, and according to the Chicago Tribune, the lawsuit claims the detention center was put on lockdown on three separate occasions. They write, “Prisons are generally placed on lockdown if there are security threats, not for the filming of a television show.”

On October 19, Variety announced that Empire’s ratings had dropped to a series low. The series averaged a 1.8 rating in adults 18-49 and 5.5 million total viewers on October 18– the previous series low was set in season 3 with a 1.9 rating and 5.6 million total viewers. Variety notes, however, that the show has done consistently well in delayed viewing. 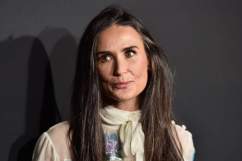 Demi Moore as Nurse Claudia on ‘Empire’: 5 Fast Facts You Need to Know

Read More
FOX, TV, World Series
Is there a new episode of 'Empire' on tonight, Wednesday, November 1? Get the details here.