Eminem met his ex-wife, Kimberly Anne Scott, when he was just a teenager. The two have had a tumultuous, on-and-off again relationship, and are the parents to 21-year-old Hailie Scott.

Despite the time they’ve spent apart, Scott and Eminem have found their way back together again and again. In 1999, rapper Proof, one of Eminem’s close friends, summed up the relationship to Rolling Stone, saying, “One time we came home and Kim had thrown all his clothes on the lawn… and Em’s like, ‘I’m leaving her; I’m never going back.’ Next day, he’s back with her. The love they got is so genuine, it’s ridiculous. He gonna end up marrying her. But there’s always gonna be conflict there.”

Kim is the inspiration behind the 2000 song Kim, which relays Eminem’s intense disdain for his then-wife at the time. The song features Eminem imitating Scott, and ends with him killing her. It was supposedly written in the midst of marital issues between the two, and when Kim was preventing Eminem from seeing his daughter.

Here’s what you should know about Scott:

According to Complex, Eminem met Kim when he was 15 and she was 13. The outlet reports that he was standing on a table, rapping LL Cool J’s “I’m Bad”, when they met.

Not longer after, Eminem brought Kim home with him. In her 2008 memoir, “My Son Marshall, My Son Eminem”, Eminem’s other Debbie writes, “Marshall arrived home from school with a tall, sulky blonde girl… He introduced her as Kim Scott and said she needed a place to stay. I was happy to help out. Kim said she was 15 and I had no reason to doubt that. In truth, she was so cute and busty that she could have passed for 17.”

2. Her Sister Died in 2016 from a Reported Drug Overdose

Kimberly Mathers, Eminem’s ex-wife, appears before Judge Ed Servito in Macomb Count Circuit Court for violating her probation on drug charges February 12, 2004 in Mt. Clemens, Michigan. Mathers was sentenced to 30 days in jail and 90 days in a drug rehab program.

Not much is known about Kimberly’s childhood, but according to a March article in People, Scott and her twin sister, Dawn, ran away in 1988 “allegedly to escape abuse from her alcoholic stepfather, and settled at a young shelter outside Detroit.”

In her memoir, Nelson discusses the first time Kim really opened up to her. “[She said she] had no idea who their real father was, and claimed to have been sexually abused by her stepfather… Now, as often happens with troubled children, Kim told some pretty tall tales….I looked on Kim as a challenge, someone I hoped I could give a better life to.”

Dawn died on January 19, 2016, from a suspected overdose. According to People, she was found dead in a home in Macomb County, Michigan. At the time, Mayor James Fouts of Warren, Michigan, told the magazine, “She was found slumped over in bed and unresponsive… It’s suspected to be drug use, possibly heroin.”

People reports Kimberly as posting a heartfelt message about her sister after her death that read, “Dawn was my sweet, beautiful sister who lost her way. I kept a light lit for her hoping she’d find her way back to me. I miss her and love her more than anything I could ever say. I wish she was here so I could hug her and tell her I love her.”

3. Kim & Eminem Have Been Married Twice

Kimberly Anne Mathers (L) stands with her attorney during a hearing on charges of disturbing the peace in October 2, 2001 at the 37th District Court in Warren, MI. Mathers is the ex-wife of rapper Eminem.

Kim and Eminem have been married twice. They first tied the knot in 1999, shortly before Eminem’s Up In Smoke tour, before divorcing in 2001. In 2002, he told Rolling Stone, “I would rather have a baby through my penis than get married again.”

After reconciling, the two got married once more in January 2006, before filing for divorce just three months later.

4. She Was Charged with Drug Possession in 2003

According to MTV.com, Kim was charged with felony possession of cocaine, driving with a suspended license and unsafe driving near a stopped emergency vehicle in 2003. According to Rolling Stone, Kim was also arrested and charged with cocaine possession in 2001, but she was not convicted.

Kim pleaded innocent to the the charges stemming from her arrest. She was sentenced to 30 days in jail after violating her probation.

Last year, during a call to a Detroit radio show, Kim Mathers admitted that a drunk driving incident on October 2015 was a suicide attempt. Mathers reportedly drank before getting into her black Escalade with the intention of crashing the vehicle. The incident reportedly occurred at 23 Mile and Card roads in Macomb County.

Detroit News reports her as saying, “I did this on purpose, and I’m so sorry. I never lied to (first responders). I told them everything that I did… I didn’t expect to make it out alive.” 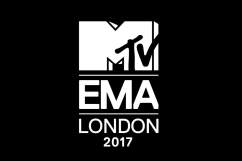 2017 MTV Europe Music Awards: What Time Are the EMAs?