Kristina Cohen, 27, is the latest woman to come forward with allegations of sexual harassment against a heavy hitter in the entertainment industry.

On Tuesday, Cohen filed a report alleging former Gossip Girl star Ed Westwick sexually assaulted her three years ago. According to the Hollywood Reporter, the report claims that the “suspect forced the victim to have sexual intercourse inside his residence.”

Westwick has responded to the accusations, saying he does not know the accuser.

Read on to learn more about Kristina Cohen.

1. She Says Ed Westwick Sexually Assaulted Her Three Years Ago

On Monday evening, Cohen took to Facebook with a post claiming that Gossip Girl star Ed Westwick raped her three years ago when she attended a party at his house.

“I wanted to leave when Ed suggested ‘we should all fuck.'” Cohen continues, “… I went and laid down in the guest room where I eventually fell asleep, I was woken up abruptly by Ed on top of me, his fingers entering my body. I told him to stop, but he was strong. I fought him off as hard as I could but he grabbed my face in his hands, shaking me, telling me he wanted to fuck me. I was paralyzed, terrified. I couldn’t speak, I could no longer move. He held me down and raped me.”

Cohen alleges that the incident took place “during a dark time” in her life, when her mother was dying of cancer. Cohen says her mother passed three months after the assault.

Cohen has held many minor roles in TV and film.

Her first IMDB credit is listed as a 2001 TV movie. In 2009, she played Sophia in Greek followed by two episodes in Californication in 2013 as a “sexy stewardess”.

Cohen’s IMDB states that she was also a writer on Ladies Like Us.

3. The LAPD Says It Is Currently Investigating the Claims

The LAPD has said it is investigating the claims against Westwick.

On Wednesday, LAPD Media Relations told E! that Cohen’s report was filed at the LAPD’s Hollywood Division report at 3 p.m. on Wednesday.

A number of Facebook users– both those who support Cohen and those who believe her claims are false–  have commented on the post. One user writes, “Seems like you are missing the Limelight – as your career is on the wain! Doubt this accusation will do anything for it.”

On Wednesday afternoon, a woman named Aurelie Wynn shared Cohen’s post on her own Facebook, writing that she “went through a very similar ordeal with Ed Westwick” in 2014. A portion of Wynn’s post reads, “I said no and he pushed me face down and was powerless under his weight. I was wearing a one piece bathing suit that he ripped, I was in complete shock, I am also very tiny. ”

Westwick has vehemently denied the claims, saying that he has never met Cohen.

He commented directly on Cohen’s Instagram post: “I do not know this woman. I have never forced myself in any manner, on a woman. I certainly have never committed rape.”

5. Cohen Says She Was Dating A Producer at the Time of the Incident

In her post, Cohen says she was dating a producer at the time of the incident who has since been identified by the Hollywood Reporter as Kaine Harling.

Cohen writes that the producer “put the blame on me, telling me I was an active participant. Telling me that I can’t say anything because Ed will have people come after me, destroy me, and that I could forget about an acting career. Saying there’s no way I can go around saying Ed ‘raped’ me and that I don’t want to be ‘that girl.'” For the longest time, Cohen admitted, “I believed him. I didn’t want to be ‘that girl.'” 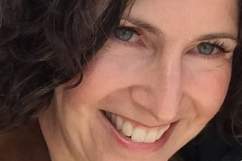