Eminem has released the first new single from his upcoming album, Revival. The song is titled “Walk on Water” and features Beyoncé in a 5-minute track. The song is a little bit slower than people have come to know Eminem, but has some powerful verses throughout.

Listen to the full song below:

Eminem released the single at noon Eastern time on November 10. The rapper teased the release of the new single in a marketing video the day prior. The ad appeared to be for a drug called “Revival” and featured someone who appeared to be a doctor named “Trevor.” He says that users of the drug will be able to “Walk on Water with Revival” in only a few hours.

“Don’t waste your one shot, seize the moment with Revival,” the man says.

The Revival ‘drug’ advertisements are part of the marketing for Eminem’s first new studio album since 2013. The release of the album had been hinted by Eminem and some of his colleagues in recent months. The first one came from the Instagram account of Paul Rosenberg, who’s Eminem’s longtime manager.

“Look what arrived at the Shady offices today!” he wrote, holding up an album with an ad for the Revival drug in the background.

Look what arrived at the Shady offices today! @Yelawolf TRIAL BY FIRE comes out this Friday 10/27! #cdbaby

Then there’s the website for the “drug,” called AskAboutRevival.com. The website is full of ads created for the drug, which is said to treat “Atrox Rithimus,” a made-up condition.

The drug’s catchphrase is, “seize the moment,” which is a lyric from Eminem’s song, “Sing for the Moment.” The website also prompts visitors to call the phone number 833-243-8738, which plays his song “I Need a Doctor” over a voice that thanks you for contacting the hotline.

Before dropping the single, the last we heard of Eminem was at the BET Awards on October 10, when he attacked President Donald Trump and shouted out NFL free agent quarterback Colin Kaepernick in a freestyle cypher.

“We love our country, we love our military,” the rapper said. “But we f***ing hate Trump.”

Watch the cypher freestyle in the video below:

Twitter and social media in general blew up with support for Eminem following the release of the cypher at the BET Awards. 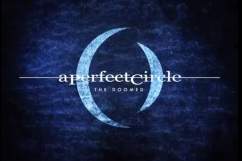