Malcolm Young, of AC/DC fame, has died. The 64-year-old rocker had been suffering from dementia for several years.

Dementia is a term used to describe “a wide range of symptoms associated with a decline in memory or other thinking skills,” according to the Alzheimer’s Association. Dementia patients will often have two or more symptoms that affect their memory, communication/speaking, ability to focus, reasoning skills, and visual perception. Dementia may not appear too severe at first, but as time goes on, its symptoms tend to worsen. Although there is medication that can help dementia patients, there is no cure.

Young was an Australian musician and songwriter best known for co-founding the legendary rock group, AC/DC. He retired from the group in 2014 due to health issues.

In September 2014, just five months after AC/DC announced Young’s retirement from the group, the Sydney Morning Herald reported that Young had been admitted to a nursing home because he needed constant care.

“If you were in the room with [Malcolm Young] and walked out, then came back in one minute later, he wouldn’t remember who you are. He has a complete loss of short-term memory. His wife, Linda, has put him in full-time care,” a source told the outlet at the time.

On Saturday, November 18, the Young family released the following statement announcing his passing.

“It is with deepest sorry that we inform you of the death of Malcolm Young, beloved husband, father, grandfather and brother. Malcolm had been suffering from Dementia for several years and passed away peacefully on Saturday with his family by his bedside.”

“Renowned for his musical prowess, Malcolm was a songwriter, guitarist, performer, producer and visionary who inspired many. From the outset he knew what he wanted to achieve and, along with his younger brother, took to the world stage giving their all at every show. Nothing less would do for their fans. Malcolm is survived by his loving wife O’Linda, children Cara and Ross, son-in-law Josh, three grandchildren, a sister and a brother.”

“While thanking all for their overwhelming support and heartfelt condolences, the family ask that you respect their privacy during this time of heartbreak and grief. ‘For those wishing to send messages to the family please visit the Sydney Morning Herald tribute site for Malcolm Young which will be available later today. The family have asked instead of flowers to send donations to The Salvation Army.”

AC/DC took to their Facebook page to share a message following Young’s passing. You can read it below.

“Today it is with deep heartfelt sadness that AC/DC has to announce the passing of Malcolm Young.”

“Malcolm, along with Angus, was the founder and creator of AC/DC.
With enormous dedication and commitment he was the driving force behind the band.
As a guitarist, songwriter and visionary he was a perfectionist and a unique man.
He always stuck to his guns and did and said exactly what he wanted.
He took great pride in all that he endeavored.
His loyalty to the fans was unsurpassed.”

“As his brother it is hard to express in words what he has meant to me during my life, the bond we had was unique and very special.”

“He leaves behind an enormous legacy that will live on forever. Malcolm, job well done.”

A few weeks ago, AC/DC announced the passing of Young’s brother, George Young. The co-founding member of Easybeats was 70 years old. 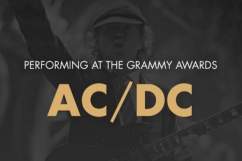 Read More
AC/DC, cause of death, Music
Malcolm Young has died at the age of 64. The legendary guitarist passed away after a long battle with dementia.