Iraqi model and beauty pageant winner Sarah Abdali Idan will be representing her country at the Miss Universe pageant this year in Las Vegas.

Idan, 27, was born and raised in Baghdad. She will be competing against 92 women from across the world for the title of Miss Universe.

Here’s what you should know about her:

1. She Is the First Iraqi Model to Participate in the Miss Universe Pageant in 45 Years

This year marks the first time an Iraqi model and pageant titleholder has competed at the Miss Universe pageant in 45 years.

On November 3, Idan took to Facebook with a post about how honored she was to be representing Iraq. “It’s an honor to be the first woman woman in over 40 years of age and representing in miss universe 2017. Very very and excited,” Idan wrote. “I am very proud to be the first Iraqi woman to represent my beloved Iraq in the 2017 miss universe pageant in the United States of America after more than 2017 years. Thank you very much for the organization of miss Iraq and queen shaima qasim for the coronation. So nice to meet you.”

Idan has already left her mark in her country. A representative for the pageant titleholder recently told the IB Times UK, “Sarah has… made an impact in Miss Universe with her story with Israel and her appearance in swimsuit.”

2. She Is a Musician and Songwriter

Idan is a musician and writes songs– she moved to the US to focus on music. “It’s been my passion since I was a child,” she says in her introductory video.

Unfortunately, Idan’s experience at the Miss Universe pageant got off to a rocky start. She faced controversy after posting a selfie with Miss Israel.

On November 13, Idan posted an Instagram pic with her fellow competitor, Miss Israel’s Adar Gandelsman. The caption read, “Peace and Love from Miss Iraq and Miss Israel ❤️❤️?? #missuniverse.” As the two countries are still at war, the photo sparked a slew of negative comments.

In response to the criticism, Idan took to Instagram with a statement that read, “She asked if I would like to take a picture together. I told her I would be glad to help spread the message. The aim of the photo was an expression of hope for world peace.” She added that she apologized to those who took offense to the photo– she merely hoped to bring about peace.

Miss Iraq Sarah Idan and Miss Israel Adar Gandelsman (no relation…) met at the Miss Universe beauty pageant and became friends. Miss Iraq posted this photo on her Instagram. What a great message of hope for the region. Good luck to both Sarah and Hadar. pic.twitter.com/GV9L9JW7Rg

4. She Has Served with Both the US and Iraq Armies

According to the International Business Times, Idan joined the coalition forces in Iraq in 2009 to help with security stabilization in Baghdad. She was 19 at the time.

5. She Was Born and Raised in Baghdad

Idan was born and raised in Baghdad. Unfortunately, she’s had a rough road to Vegas over the past couple of months. In an inclusive interview with the IB Times UK, one of Idan’s reps revealed, “Sarah is trying her best despite the difficult circumstances she has faced while preparing for the competition i.e. she was twice hospitalised in Baghdad and Los Angeles a week before her arrival for the contest due to stress and food poisoning.” 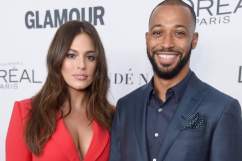