One big question haunting fans at the end of Star Trek: Discovery‘s midseason finale is exactly what’s happening to Lieutenant Paul Stamets, chief engineer on the Discovery. He’s had some confusing things happen to him since he augmented his body so he could hook himself up to the Spore drive. But now, at the end of the fall finale, things have gotten a lot worse. Spoilers below, through the midseason finale.

Stamets has been having some pretty serious issues every time he hooks up to the Spore drive. At one point, he was confused and thought Tilly was a captain. He gets giddy and doesn’t really act like himself. He finally decides to do one last jump after their big battle with the Klingons, and the jump doesn’t finish. They’ve ended up somewhere else. And Stamets, meanwhile, is suffering greatly. His eyes are white and no one is quite sure what’s wrong. Fans have a lot of theories about what’s happening to their favorite chief engineer.

After the finale, we know that it appears the Spore drive can link to parallel universes. Captain Lorca is even putting together a map showing where all the intersections with the parallel universes are, and he believes the crew can cross into a universe once they have enough data. One theory is that this has already been happening with Stamets or with his consciousness. The idea is that Stamets is switching back-and-forth between his real self and his mirror universe self. This was strongly hinted when he looked in the mirror and his reflection stayed even after he left.

But another theory is that Stamets is simply being overtaken by the spore’s ability to exist outside a fixed timeline. When he’s attached to the spore drive, he can see the entire timeline at once. That’s why he gets confused; that’s why he thought Tilly was a captain (perhaps she will be one day). In a way, Stamets is becoming a type of Q. He’s not all powerful, but he can see past, present, and future all at once. He’s unstuck in time every time he attaches to the spore drive. When he’s goofy, he’s simply “high” from the spore drive, but his personality hasn’t actually been replaced by another version of himself.

Some fans are now thinking that maybe Stamets is evolving into a new being. We know that the white matter in his brain is being altered by the spore drive, which points against the mirror universe theory. Perhaps he is being turned into a creature similar to The Traveler from The Next Generation. The Traveler never said what his species was; we only know that he’s humanoid. The Traveler could alter space, time and warp fields just with the power of his mind. He could phase out of time and move between planets. All these abilities were based on his advanced understanding of how time worked. In The Next Generation, however, his species was visiting Starfleet culture for the very first time. This rules out the idea that Stamets is turning into the Traveler’s species, but he could be evolving into a new species altogether.

Other fans think the Stamets is undergoing something similar to what happened to Mitchell in the original series’ “Where No Man Has Gone Before.” In this episode, the Enterprise traveled beyond the edge of the universe and the effects of that began to change Lt. Commander Gary Mitchell after was hit by an electric discharge. His psychic abilities expanded after he was touched by the strange energy, including an ability to control energy and manipulate matter. At times, his eyes went white, just like Stamets’. He became emotionally distant and cruel, which worsened as his powers grew.

What do you think is happening to Stamets? Let us know in the comments below. 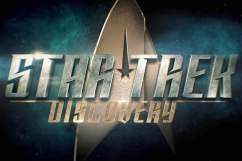 How Many Episodes Are Left in ‘Star Trek: Discovery’ Season 1?