Getty Timothee Chalamet attends a photocall for "Call Me By Your Name" during the 61st BFI London Film Festival on October 9, 2017 in London, England.

Timothée Chalamet is a rising star in Hollywood these days. The 21-year-old plays a supporting role in Greta Gerwig’s directorial debut, Lady Bird, and a leading role in Luca Guadagnino’s Call Me by Your Name, which will be released on November 24.

Chalamet is already generating Oscar buzz for his performance in the latter, with Variety pointing out that he could be the youngest man to be nominated for a lead-actor Oscar since Mickey Rooney for 1939’s “Babes in Arms”.

Read on to learn more about Timothée Chalamet.

1. He Recently Won the 2017 Hollywood Breakthrough Actor Award for ‘Call Me by Your Name’

Call Me By Your Name | Official Trailer HD (2017)CALL ME BY YOUR NAME, the new film by Luca Guadagnino, is a sensual and transcendent tale of first love, based on the acclaimed novel by André Aciman. It’s the summer of 1983 in the north of Italy, and Elio Perlman (Timothée Chalamet), a precocious 17- year-old American-Italian boy, spends his days in his family’s…2017-08-01T20:03:06.000Z

Chalamet plays the leading role of Elio in Call Me by Your Name opposite Armie Hammer, known for his performance as the Winklevoss twins in David Fincher’s “The Social Network”. Earlier this month, Chalamet won the Breakout Performance Actor Award for his role in the film.

Call Me by Your Name is set in 1980s Italy, and centers on the romantic relationship between a 17-year-old boy and a 24-year-old doctoral student.

Discussing Chalamet’s acting in the film, W Magazine writes, “His mix of raw awkwardness and puppy-like enthusiasm should be recognizable to anyone who has felt a deep longing that they didn’t totally understand.”

Call Me by Your Name is directed by Luca Guadagnino, whom Chalamet has known since he was 17. It was shot over the course of four months in 2016, in the town of Crema, Lombardy, where Guadagnino, himself, has an apartment.

Speaking about the film with The Guardian, Chalamet was asked why he chose to pursue acting. He said, “It is because of Heath Ledger in The Dark Knight, Philip Seymour Hoffman in Death of a Salesman, Adam Sandler in Punch-Drunk Love, Denzel Washington in Fences on Broadway… I saw The Dark Knight when I was 12. I realised: I can’t not act.”

2. He Studied at Columbia for One Year

Timothee Chalamet takes part in a Q&A following a screening of “Call Me by Your Name” during the 55th New York Film Festival at Alice Tully Hall on October 3, 2017 in New York City.

Chalamet attended Columbia for one year, during which he says he “just kind of floundered.” Talking about college with Matthew McConaughey for Interview Magazine, the actor revealed, “Maybe it wasn’t the right place for me.” When McConaughey pushed him to discuss the experience further, he said, “Columbia takes a wholehearted academic commitment that I think I have in me, but it was just not where my mind was at the time. I’d just left working a month and a half in Canada with my favorite director and you, one of my favorite actors, and had to go back into a structured environment. It was just hard.”

After the year at Columbia, Chalamet got himself a place in the Bronx, and has since been working consistently.

He’s currently enrolled in NYU’s Gallatin School of Individualized Study, where his schedule’s flexibility allows him to be part of the prestigious projects he’s preoccupied with these days.

In 2013, Chalamet spoke with Columbia’s “BWOG” about his career and plans for the future. He said, “I see school as a supplement to better learn my craft. I’m not here for drama program, I’m here to get some life experiences to draw from when I act. I can’t have a point of reference for what real life is if at fifteen and sixteen I’m living in a bubble. From a social and educational point of view, I really value getting the time to learn about the stuff I want to learn about–anthropology, music production, the Core stuff. And socially, I’m in an environment where it’s okay to fuck up, to some extent. This is the place to figure things out.”

3. He Won the Lucille Lortel Award for Outstanding Lead Actor in a Play in 2016

In 2016, Chalamet won the Lucille Lortel Award for Outstanding Actor in a Play for his work in John Patrick Shanley’s Prodigal Son. He was also nominated for a Drama League Award.

Asked by Variety if he always wanted to act, Chalamet recently said, “Not particularly. My sister was in ballet growing up. I spent almost the entirety of 7 through 12 backstage at Lincoln Center, just running around, waiting for ‘The Nutcracker’ to end. I feel like I’ve been around performance my whole life. My mom and uncle had done plays.”

In “Hot Summer Nights”, Chalamet plays a seemingly quiet teenager. The film premiered earlier this year at South by Southwest, where Chalamet once again received positive reviews by critics. In September, Variety announced that A24 and DirectTV acquired rights to the film, and that it will be released in theaters next year.

5. He Will Star in Woody Allen’s Next Film Opposite Selena Gomez

Chalamet is starring in Woody Allen’s next project, “A Rainy Day in New York”, and will also appear opposite Christian Bale in “Hostiles”.

Principal photography on the movie began on September 11, 2017, in New York City and Drew University in Madison, New Jersey.

Asked how he’s gotten to be part of so many big films this year, Chalamet tells Variety, “I did ‘Prodigal Son’ at Manhattan Theatre Club. Scott Rudin had produced that, and he was producing a movie called ‘Lady Bird’ that Greta Gerwig was writing and directing. I read for her and some producers. We set aside the idea of doing it. And then I went to ‘Call Me by Your Name’ in Italy. A month after being there, I taped [an audition] for ‘Hostiles.’ I came back to New York, then I was off to Santa Fe for four weeks of boot camp to understand what it would be like to be a cowboy in the 1800s.” 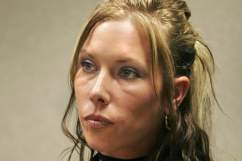 Read More
Celebrities, Movies
Timothée Chalamet is having a breakout year and is generating Oscar buzz for his role in "Call Me by Your Name". Here's what you need to know about the 21-year-old actor.