During Glamour’s Women of the Year Summit last week, Tracee Ellis Ross took to the stage to give an inspirational speech about her life as a successful actress and unmarried woman.

“It’s really interesting to be a woman and to get to 45 and not be married and not have kids,” Ross said. “Especially when you have just pushed out your fifth kid on TV. You start hearing crazy shit like: ‘Oh, you just haven’t found the right guy yet,’ ‘What are you going to DO?’ ‘Oh, you poor thing,’ ‘Why is someone like you still single,’ ‘Have you ever thought of having kids?’ ‘Why don’t you just have a kid on your own.’ It’s never ending and not helpful.”

Growing up, Ross says she did always hope to get married; she also hoped to find success in the entertainment industry, which she has. She says that despite the fact that she hasn’t “settled down” and started a family, she’s built a wonderful life for herself. “If my life is actually mine…then I have to really live it for myself. I have to put myself first and not be looking for permission to do so.”

In a February interview with ABC, the actress opened up about her personal life and the many accolades she’d received to date. “If you had told me at 23 … that I was going to win a Golden Globe, I don’t know that I would’ve believed you… But I also don’t know that I would’ve believed you [if you said] that I would be single, 44, and loving myself more than I ever thought possible.” Ross went on to say that she’s fine with admitting she’s single– even if she weren’t, she may not choose to share the identity of the person she’s dating. “I don’t make a decision [that] ‘I will never talk about my relationships’ or anything like that,” Ross said. “That’s certainly not a decision that I’ve made or anything like that, but there are certain things that are sacred to me that are not for public consumption. They are mine.”

The last man Tracee was rumored to be dating was Bu Thiam from 2011 to 2013. In 2012, the Jasmine Brand reported her as saying, “I am not going to hide my relationship, but I am not talking about it. When you do that, you invite other people and their opinions and issues in. You can’t discover the person on your own.”

My fav (& probably yours too) @TraceeEllisRoss talking about how sometimes the "husband + kids = women" narrative undermines all the wonderful things outside of marriage + motherhood that women have to offer…Thank you SO much for this message & this transparency Tracee! pic.twitter.com/hS9OC1V5Mz

Tracee Ellis Ross was born in LA in 1972. She attended Brown University and earned a bachelor’s degree in theater arts in 1994. After graduating, Ross worked as an editor at magazines like Mirabella and New York. In the late 1990s, she landed roles like Far Habor in 1996 and Sue one year later. 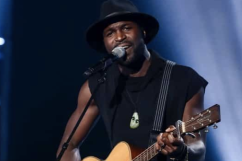