For Addison Agen’s blind audition on season 13 of The Voice, she blew judges Miley Cyrus and Adam Levine away with a rendition of one of Cyrus’ favorite songs – “Jolene”. Agen ended up on Cyrus’ team that day, but currently is on the team of Adam Levine, who told her at the blind auditions, “I’m a humongous fan of yours. You’re the most talented person your age we’ve had, maybe even since Daniel Bradbury on the show. But beyond that, you would be one of the most talented people we had at any age”. Now, Agen has become a fan-favorite on the show and is in the running to be the winner of The Voice. She is a 16-year-old junior at Concordia Lutheran, according to WPTA21. Get to know more about Agen, her family and background in our 5 Fast Facts below.

Absolutely amazing drawing! Thank you so much it means so much that u want to show ur amazing talents to me! I hope to meet you one day! I LOVE YOU ALL SO MUCH FOR UR FREAKING GREAT SUPPORT! @chanze_cloete

Morrison Agen is Agen’s father and he is the owner of Neat Neat Neat Records, which gave Agen some extra opportunities in the industry. Morrison said his daughter’s singing abilities were clear at a young age, recalling to ABC WPTA21 that, “She called me up to her bedroom and she played me an entire song and sang it front to back with proficiency. I was stunned and amazed, and she was probably nine or ten … She has a maturity to not just her voice but her songwriting and the way that she approaches music that’s really not what you see in a 16-year-old girl.”

At her father’s music store is where Agen put out her debut album, as the store features a small stage inside. “New Places” was the name of Agen’s first album and she told InFortWayne that she had her first piano recital at the age of 2.

Agen’s mother is also in the music field and Agen told Parade that her parents’ musical backgrounds definitely help her. She admitted, “Of course, my dad has the record store and my mom’s a music therapist who sings to all ages and genders, so I to relate to a lot of songs. If the story I am singing doesn’t relate to me personally, I put myself in the place of someone who can relate to it because I know so many people and so many songs. I have learned so much from my parents.”

2. She Was Almost Eliminated In the Battle Rounds

Makeup artist really r just so talented! Who’s ready to start voting like crazy again tomorrow to get me to the TOP 8?!

During the battle rounds of the show, Agen was pinned against Karli Webster for a performance of the song “Girls Just Want to Have Fun.” Coach Miley Cyrus could only keep one of the two contestants and she chose Webster over Agen. Fortunately, coaches Adam Levine and Jennifer Hudson both pushed their buzzers in hopes of stealing Agen to be on their teams. Because Levine had wanted Agen to be on his team since the blind auditions, he was a good fit for her.

3. It Took a While for Agen to Get Used to Working With Adam Levine

Agen had some starstruck issues when she first started working with Adam Levine, admitting to Parade that, “I can walk into a room with Adam in it and not freak out anymore. We know how each other thinks and we just have an idea of what is going to be coming next, so we are on the same wavelength: What songs will be coming, how I will be performing, what I will be wearing. He is in all of it, so I am very comfortable around him … It makes me want to cry that someone like him believes in me.” But, Levine isn’t the only coach who believes in Agen. Jennifer Hudson told Agen that, “Great is great and you are beyond great. You are gifted. I don’t care if this is a competition, but you all need to vote, vote, vote for this girl. We at JHud Productions believe in giving credit where it is due.”

4. Agen’s Spanish Teacher Suggested She Try Out for “The Voice”

I eat so much peanut butter

It was actually Agen’s Spanish teacher who suggested that she audition for The Voice. And, it was Agen’s first time being on an airplane when she first flew out to appear on the show, according to Panda Gossips. Agen told InFortWayne about her teacher’s suggestion, saying, “My Spanish teacher [Concordia Lutheran High School Lizette Pierce] emailed my mom and said, the last slot for open calls for Chicago is this weekend, do you want to sign Addison up? My mom, without asking me, said yeah, sure.”

With teachers who appear to be very caring, it’s no wonder that Agen has admitted to missing school while she performs on The Voice. She revealed to Parade that, “I miss school more than you think. My teachers are some of my best friends, which sounds nerdy. They are the greatest people ever. I miss my friends so, so much. They are so supportive. Hopefully, they get to come out for the show.”

5. Her Parents’ Divorce Has Been Inspiration for Agen’s Music

How I’m feeling rn! U all r amazing! Thank you all, ur love and support shocks me everyday! Also check out the iTunes version of the song I sang tonight on @nbcthevoice

Many artists use things in their personal lives as inspiration for their music. In an interview with InFortWayne, Agen said that her parents’ divorce was used in her songwriting. She explained, “I just think of stories around my family. At the time my parents were getting a divorce, which is a big part of anyone’s life…so a lot of it’s about that and just growing up/ [Songwriting is] completely where I take out every single emotion and put it into something people can enjoy, even if it’s sad.”

Agen has said that being on The Voice has opened so many doors for her and she’s excited for the future. She also said that it’s important to her that she inspires other young singers and music artists. 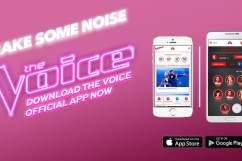