Jermaine Dupri is one of the hottest men in the music industry these days, and given that he’s worked with and produced for stars like Mariah Carey, Jay-Z, Nelly, Janet Jackson, Aretha Franklin, Alicia Keys, and Ludacris, among others, it isn’t a surprise that people are curious about the amount of money he makes.

What is Dupri’s net worth? How much money does he make?

1. He Has an Estimated Net Worth of $2 Million

Dupri has an estimated net worth of $2 million, according to Celebrity Net Worth.

The hip hop artist has won a number of awards as proof of his success over the years, including a Grammy Award for Best R&B Song in 2006 for “We Belong Together”, the NAACP Image Award for Outstanding Album in 1998 for “Soul Food”, and a Soul Train Music Award, Quincy Jones Award for career achievement in 2007.

In an interview with Under30ceo.com, Dupri spoke about his entrepreneurial spirit, which he developed as a young boy. “When I was around 11 or 12, I used to go around the neighborhood to cut people’s grass and go house to house to cut a deal with them.” Dupri admits he didn’t have the financial means of paving his success. “People always talk about the money they need to do it. I was always the guy who said I was going to do it.” The artist continues, “My gradual gain of things that I needed to get to the places I was headed to came from my ambition and my attitude to do it.”

2. His Father Was a Columbia Records Executive

Dupri was born in 1972 to Tina Mosley and Michael Mauldin.

During his term at Columbia, Mauldin was heavily involved in the budding careers of stars like Destiny’s Child, Alicia Keys, Wyclef Jean, and Nas.

In an interview with Artists House Music in 2010, Mauldin said there were pros and cons to being his son’s father and manager. “We didn’t have a lot, but I was always around for Jermaine,” Mauldin said, “It was an interesting dynamic but I always had his back; I was always looking out, and I think that was cool for him to know that somebody is always there making sure that he was, you know, taken care of.”

One year later, he put together the teen group Kris Kross. The band, which consisted of Chris Kelly and Chris Smith, released their first album, Totally Krossed Out, in 1992, and it went multi-platinum.

Shortly after establishing these two groups, Dupri founded So So Def Recordings. It wasn’t long after that he was introduced to the female R&B group Xscape and signed them to the new label.

4. He Reportedly Lost His Atlanta Home to Foreclosure

Jermaine Dupri – Welcome To Atlanta (Coast 2 Coast Remix) (Dirty)(ft. Diddy, Murphy Lee, Snoop Dogg & Ludacris) After the party it's the Waffle House If you ever been here you know what I'm talkin about Where people don't dance all they do is this And after the original you know what it is [Ludacris] Welcome to Atlanta [Jermaine Dupri] Remix it had to go down I got somethin else to tell you 'bout the new Motown Where people don't visit, they move out here And ain't no tellin who you might see up in Lennox Square I don't know about you but I miss the freaknik Cause that's where my city use to be real slick People from other cities use to drive from miles Just to come to get a taste of this A.T.L style I'm the M.B.P., Most Ballin-ist Player Make my own moves, call me the mayor Monday night you know things change with time Magic City back lookin like eighty nine All the homies on the southside up in the Ritz Tuesday night, the Velvet Room same shit Wednesday Strokers I don't go no mo' Cause they don't know how to treat you when you come through the do' Thursday night, was Plush but we moved the fuel And I be up in the booth drunk actin a fool Friday night, at Kaya they still got love And the Sharkbar we poppin like it's a night club Saturday still off the heezy fo' sheezy You can find me up in One Tweezy Sunday gettin me some sleep please!!! I'm on my way to the deck then hittin Jazzy Tee's, holla!!! [P. Diddy] Ay yo I'm from New York man!!! Representin N.Y.C. to the fullest I pull it, Heads be duckin in New York be bussin Take that…. [P. Diddy] Welcome To New York mutha fuckas, where we don't play And out of towners get got like everyday And a gangstas a gangsta in every way Sittin on twenty two's this what long money do Now the don's on it, Diddy shine on it Tell Flex to run it back and drop a bomb on it Sunday we layin low and hay lo sippin cris and we straight Monday we go to Bungalow 8 Tuesday I'm in spa drunk doin the shake And for the rest of the week we just follow the freaks You can spot us out of town by the way that we walk The way that we talk, cocky the state of New York Hot now top down at the Rucker game New coup no roof playa what's my name? Now Brooklyn, Queens, Manhattan, Staten Uptown what now?! let's make it happen [P. Diddy Talkin] New York,if you can make it here, you can make it anywhere We still here!!! And we buildin four more new towers!!!! [Murphy Lee] Who say St. Louis ain't hip hop? Dirty we hop to what's hip I'm a lunatic with too much grip to let a slip I'm so St. Louis, ask my tatooist I was like the waterboy now they sayin you can do it I'm Baby Houie one of the best in the Louie Sip Louie smoke louie, dressed in Louie Home of back porches, chucks, and air forces Old school cars be trailblazin like Portland The girls are the best like Travis with fat asses I call 'em gimme girls they always tell me I can have it All got habits Marijuana exstatic By two cats and coats with automatics St. Louis is the truth like Sojourner Don't need a burner, we learned from Ike Turner I tried to told ya don't cross that bridge Without permission from those St. Lunatics [Jermaine Dupri Talking] Yo-yo-yo-yo Ladies and gentlemen, we got the big Snoop Dogg in the house tonight He just came from off tour And he wanna tell y'all little bit where he come from [Snoop Dogg] Palm trees bad bitches and wanna bees O.G.'s like me eatin on polyseeds Now laters, jellybeans, and wallabees Real niggas from the set I'm hardly ever seened Mostly heard us sell a bird off the cizzurb They movin yep, we hop and then we swizzurve Alot of homies like to wear there pizzerm Hair longer than hers short with the fizzurbs Doggy dizzog you know I like 'em dizzog Like Kobe to Shaq now take that (Jermaine Dupri: Take that take that) Long Beach is on the mother fuckin map And sittin by the sea, R.I.P. JD, you know about the L.B.C. Blood and stellas, cold hearted killas Real cop pillas, real shot fillas Ain't no squeelas, alot of dopes dealers Bang diggy dang dang dogg pound gangsta crip gang Yeah we do the damn thang Home of coroners, scoop, buck, cocaine Head to the church house to get a little workout Smoked out drink up, now put ya bank up It's all on me I got a scenery too stank up Crank up the beat, raise up the heat I'm thrownin a block party on two one streets, fo' sho [Jermaine Dupri] Welcome to Atlanta remix HEY!!! And we ride on dem thangs like ev-ery day Big beats, hit streets, see gangsters roamin And parties dont stop 'til eight in the mo'nin [Ludacris] Welcome to Atlanta where the players play And we ride on dem thangs like ev-ery day Big beats, hit streets, see gangsters roamin And parties don't stop 'til eight in the mo'nin2008-11-11T06:58:07.000Z

Dupri reportedly lost his Atlanta mansion in 2014 to foreclosure.

According to Fulton County legal documents obtained by The Atlanta Journal-Constitution, the producer and songwriter owed $2.5 million on his over 9,400-square-foot home, but did not pay his monthly payments, which led to a mortgage foreclosure notice.

According to The Atlanta Journal-Constitution, the legal notice read, “The debt secured by said Deed to Secure Debt has been and is hereby declared due because of, among other possible events of default, non-payment of the monthly installments on said loan. The debt remaining in default, this sale will be made for the purpose of paying the same and all expenses of this sale, including attorney’s fees (notice of intent to collect attorney’s fees having been given).”

5. He Is the Founder of Global 14 and So So Def Recodings

An entrepreneur at heart, Dupri is the founder of Global 14 and So So Def Recordings.

The latter has released more than 25 albums, with many gold, platinum, and double-platinum records.

Asked by Under30ceo if he’s always been entrepreneurial, the artist says, “I’ve always thought that I could create some kind of business. I’ve always had that feeling.”

In May of 2013, SunTrust Banks sued Dupri and So So Def Productions for $1.9 million for defaulting on a $5 million loan, according to Billboard.com.

Dupri countered with another lawsuit. According to TMZ, Dupri claimed that a personal banker took advantage of his lack of education by having him sign an additional loan agreement that “increased his loan payments without his knowledge.”

Despite the suit, the company has continued to find success. It currently reps Da Brat, Bow Wow, J-Kwon, Jagged Edge, Dem Franchise Boyz, and Xscape. In 2014, So So Def partnered with Primary Wave to release Jagged Edge’s album JE Heartbreak 2. Last year, it partnered with Epic for current distribution. 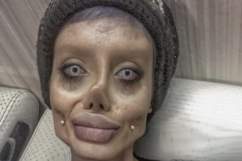 Read More
5 Fast Facts, Celebrities
How much money does Jermaine Dupri make? Find out his net worth here.