Amber Portwood and her ex-fiance Matt Baier have had many ups and downs play out on the MTV reality show Teen Mom OG. Their troubles extended outside the show, with drugs and infidelity rumors plaguing the couple. Since their final break up, Portwood has moved on with a new man named Andrew Glennon and has gotten pregnant with her second child, while Baier has gotten married. Baier’s new wife is a woman named Jennifer Kathleen Conlon and OK! Magazine reports that the couple tied the knot in Las Vegas, Nevada. According to E! News, the wedding comes just six months after Baier split with Portwood.

In an interview with E! Baier said he met Conlon, a mother of two, in Las Vegas after his breakup with Portwood. He said that the decision to get married “just came up” and he also said, “She’s not a public figure. So we kept our relationship private.” Baier also said, “It was one of those situations where it just kind of felt like the right thing. We really get each other. We both have overcome a lot of stuff. It felt like the right thing to do. It just kind of happened that way.”

Conlon also opened up about her marrying Baier and gushed about her man to Radar Online, saying, “When you meet somebody and you have a connection, you know it in your heart. It’s not something you question. It felt right to us. Getting married is something we wanted. We decided it was time, so he asked me to marry him … Matt is a wonderful man. What people think of him and how he’s portrayed, that’s not the man he truly is. He is everything and more. He’s generous and loving. It’s unfortunate that people think differently. Matt is a good man, yet he gets attacked in a way I don’t understand. That’s not the person in front of me. His actions don’t show that.” Conlon also says that Baier’s rocky past with drugs and paternity issues is not part of their relationship. Conlon calls Baier her best friend and soul-mate.

So, how did Amber Portwood meet her new man? The couple apparently met while filming Portwood was actually filming Marriage Boot Camp with Baier. Clearly, Marriage Boot Camp did not work out for the ex-couple. Over the summer, Portwood appeared on Dr. Drew Pinsky’s podcast, “This Life #YouLive” and said that she was too focused on Baier when they were together. Now, she is getting ready to be a mom for the second time and is experiencing dating life with boyfriend Glennon, who is a cinematographer. When Portwood first learned that she was expecting a child, she admitted to Us Weekly, “I was a little scared. I don’t know what to expect. Having a new baby is new likes, new wants, new needs, so it’s very nerve-racking. We’re both very happy. I feel like it’s a new chapter of my life.”

When it comes to Portwood’s baby news, Baier and his new wife Conlon have both expressed their well wishes via Radar Online. Conlon said that, “We are very happy for Amber and her baby. We’re in love ourselves so we don’t have ill will. Their split was a blessing in disguise for everyone involved.” As for what Baier had to say about Portwood’s pregnancy, he stated, “There are a lot of people who want me to bash Amber because of the situation. I have nothing but good thoughts and hopes for Amber. All I ever want is for her to be safe and happy. Amber is very intelligent. If she’s happy then I’m happy. She deserves to be happy.” Baier then added, “She’s not under obligation to let me know. But I would’ve made the courtesy call because our relationship wasn’t over for long.” 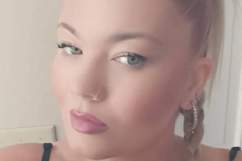