Nelly is being sued by a woman named Monique Greene. According to TMZ, Greene has filed legal paperwork, suing the rapper — whose real name is Cornell Iral Haynes Jr. — for sexual assault and defamation.

Greene, 25, lives and works in Washington. She claims that she met Nelly at party back in October at Aston Manor nightclub in Seattle, where she used to work. She called 911 that night and told police that the rapper raped her.

1. Nelly Was Arrested in Seattle the Night He Was Seen With Greene

This all started back in October when Nelly was spotted hanging out with Greene at “Aston Anniversary Friday with Nelly,” a special event set up by the club.

“House Party Fridays is a new night at the Manor dedicated to the original partygoer. A night where you can hear your favorite hip-hop/top40 tracks one after another like you’ve got your very own iPod plugged in! Every Friday night in the house that Roy built with the finest crowd Seattle has to offer, drinks flowing and the Aston Mob spinning all the cuts on vinyl/turntables,” read the Facebook event in part.

TMZ has posted photos of Nelly with his arm around Greene, proving that the two were indeed hanging out that night.

The very next day, NBC News reported that Nelly had been arrested in Seattle. He was taken into police custody at 4:37 a.m. outside of his tour bus, which had been parked at a Walmart at the time.

2. Greene Claims That Nelly Raped Her on His Tour Bus

Greene’s lawsuit makes very bold claims about the rapper. According to the court documents obtained by TMZ, Greene wasn’t working at the club the night that she met Nelly. She was drinking, however, and she ended up partying with Nelly and his pals. After the party was over, Greene says that Nelly invited her to go to an “afterparty” and she agreed. The court documents state that the two left the venue in an SUV that brought them to Nelly’s tour bus.

Greene goes on to say that Nelly “taunted her” as she stood in the parking lot, waiting for an Uber. Whilst she was waiting, she called 911. When police arrived, both she and Nelly were questioned. She was taken to a nearby medical facility to get checked out (TMZ reports that she completed a “rape kit”), and Nelly was arrested.

After being released from jail, Nelly posted the following statement in a series of tweets:

“Let me say that I am beyond shocked that I have been targeted with this false allegation. I am completely innocent. I am confident that once the facts are looked at , it will be very clear that I am the victim of a false allegation. I do want to apologize to my loved ones for the embarrassment and for putting myself in a situation where I could be victimized by this false and defaming allegation. I also want to thank my fans for their unwavering support. They know me. I assure you I will be vindicated. And I assure you, I will pursue every legal option to address this defaming claim. Thank you.”

His attorney, Scott Rosenblum, sent the following statement to NBC News via email.

“Our initial investigation clearly establishes this allegation is devoid of credibility and is motivated by greed and vindictiveness. I am confident, once this scurrilous accusation is thoroughly investigated, there will be no charges. Nelly is prepared to address and pursue all legal avenues to redress any damage caused by this clearly false allegation.”

The case ended up being thrown out because Greene “refused to cooperate.” Now, Greene says that she felt as though she “couldn’t stand up against a celebrity and that the criminal system would fail her.”

4. She Works as a Bartender & Has Done Some Modeling

Greene studied philosophy, law, societies, and justice at Washington State University, according to her Facebook page.

Greene previously worked as a VIP host at Aston Manor. She left that job in July 2017, three months before the party with Nelly. In September 2017, she got a job as a bartender and a server at Xtadium Lounge in Seattle, according to her Facebook page.

“Xtadium Lounge is known for it’s exquisite cuisine created by our Executive Chef Ronald Rodricks, with over 20 years  experience he is sure to please with our exceptional menu. We are often recognized for our clean, inviting and unique ambiance with our newly renovated open layout you will get a VIP feel at nearly every seat in the house. Enjoy our 50ft bar where we offer a full menu and open seating.”

Greene is also an aspiring model and has posted some photos of work that she has done on social media. In December 2015, she worked with Tristan Beedon, a photographer based in Tacoma, Washington.

5. Nelly Has Threatened a Lawsuit of His Own, But Hasn’t Filed One Yet

Nelly’s attorney previously told TMZ that his client had plans to sue his accuser, but that lawsuit hasn’t actually been filed.

“Nelly has suffered very real damage to his reputation. He has incurred economic loss and painfully has watched his family suffer. As a result Nelly is planning to proceed with litigation as the first step in restoring his reputation,” Rosenblum told the outlet. “This type of reckless false allegation cannot be tolerated as it is an affront to the real survivors of sexual assault,” he added.

Now that Greene has filed this new lawsuit, it’s entirely possible that Nelly will respond with a counter-suit. 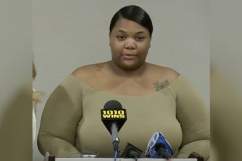