Although many Branch Davidians lost their lives during the Waco siege — as is being portrayed in the six-part series Waco on Paramount — the Branch Davidians do still exist today in some form. In fact, one group of worshippers even still live on the property and worship in a small church that was built on top of the burnt remains of the New Mount Carmel Center, where the siege happened. Others are waiting, believing David Koresh will one day be resurrected. The Branch Davidians originated in 1955 from a break in the Davidian Seventh-Day Adventists. The original Davidians and the Branch Davidians are still considered separate groups to this day. After the 1993 raid, 12 surviving Branch Davidians were indicted. Eight were convicted of firearms charges and five were convicted of voluntary manslaughter. Four were acquitted of all charges. In 2007, all had been released from prison.

The property where the siege happened never stopped being a place of worship. In 1998, three buildings at the Mount Carmel compound were destroyed in the fire, including the home of Amo Bishop Roden, wife of former Branch Davidian leader George Roden, and two museums about the Branch Davidians. Over the years, various sects and communities have lived on the property, and they don’t all share the same beliefs.

Some Branch Davidians built a church on top of the location where New Mount Carmel Center burned to the ground in 1993 and still worship there to this day. According to NPR, as of 2013, the group called themselves “Branch, The Lord Our Righteousness.” Twelve lived on mobile homes in the area. Dan Bell created this video below in 2016, which explores the property of Mount Carmel and also looks at their church.

However, not everyone who still practices the Branch Davidian faith worships Koresh. One group that lives on the property is led by Charles Pace, NPR reported in 2013. Pace refers to himself as a teacher of righteousness, but not a prophet. Pace has been a member since the mid-1970s, but followed Ben and Lois Roden, who claimed that Koresh had twisted the Bible’s teaching. Among the things they said he twisted was Koresh’s desire to have so many wives. But, Pace’s group is still waiting for the end times. He told NPR: “The United States has to fall in order for the One World Order to be set up. Especially if there’s war in the Middle East, that’s when they’re going to see Branch Davidians start scrambling to find out what the truth is, and where they need to be.”

Pace rehabbed a barn on the property after the fire and turned it into a chapel. He goes by the name Solomon Joshua Branch, Texas Monthly reported, and gives Bible studies of his own. He faulted Koresh’s group for following Koresh rather than Christ.

This next video below, by YouTube videographer adamthewood, shows more details about the land today. This was filmed in 2012. (Note: the video starts with the opening for his YouTube channel’s show, and then moves on to film the land itself and another view of the church.)

A man who greeted Adam in the video above in 2012 said there were five people living on the property at the time. During the video, they also talked briefly to an 81-year-old female survivor of the raid.

Clive Doyle and Sheila Martin, also survivors from the Waco siege, still worship and believe in Koresh’s version of Branch Davidian faith. NPR reported in 2013 that the two were still having Bible study every Saturday in Waco and waiting for Koresh to be resurrected. Doyle told NPR: “We survivors of 1993 are looking for David and all those that died either in the shootout or in the fire. We believe that God will resurrect this special group.” Texas Monthly reported in 2003 that Doyle was a preacher who lived in a double-wide on the Mount Carmel property, next to the visitors center. He has a small congregation who follows him and includes four other Davidian survivors, and they have weekly Saturday services on the property.

But others have also come to the property over the years, claiming to have the “real” Branch Davidian faith, Texas Monthly reported in 2003. The land belongs to the church rather than any one person, which is why so many come and go. When Doyle and Amo Bishop Roden, for example, contested the property in court, a judge and jury declared it belonged to the church and neither was a trustee. They had to share. Since then, everyone just co-exists. Doyle and Pace, for example, were separated by about just 300 yards on the property.

Paul Fatta, who spent 13 years in prison after surviving the raid, lives in San Diego and also still believes. He said he would like to see God divinely intervene to vindicate the people involved. 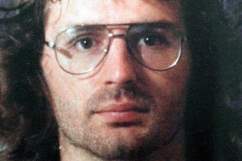 David Koresh & the Branch Davidians of Waco: 5 Fast Facts You Need to Know