On Married to Medicine this season, several of the couples who star on the show are dealing with major issues in their relationship. Dr. Simone Whitmore and her husband Cecil seek out professional help in an effort to fix their rocky marriage. They’ve shown that their problems were starting to have negative effects on their children, so they decided to be proactive in order to find a solution. Some of their issues included deception, financial decisions and Simone felt that Cecil was being a “two-faced politician”. Even with therapy and emotional support from her friends and family, it looks like this was not enough to save the couple’s marriage, according to The Daily Dish.

There is no if here, there are no games. I am not pretending. I am done. I have reached a place where I am in a marriage where I do not feel loved and no sacrifices are being made for me to make me feel loved. I must move on … Divorce is nothing that anyone should be feeling sorry for me, because I am looking forward to a new chapter, a new life, a new beginning.

She also admitted that once the show wrapped this season, her marriage went completely downhill, continuing to deteriorate. Simone admitted to People that the biggest mistake she and her husband made was to stop going to counseling. She explained:

It looked like we were improving. The problem is we should have continued counseling, and we did not. We let life take over. We were busy over the summer with basketball tournaments, traveling and getting Miles ready for college. We should have kept marital counseling as a priority, but we let the ball drop.

BET reports that even though the couple has split, they are on “very friendly terms” and continue to co-parent. Over the course of the season, viewers could see that the couple was not doing well, though many probably thought the longtime couple would find a way to stick together. On one episode of the show, Simone revealed that:

We’re in a place where we’re arguing over basic shit. He’s just so hostile and angry about every little thing. When somebody is being mean, it’s hard to replace that with something nice or smile. It’s difficult.

When deciding to end her marriage, Simone opened up to Bravo about why she chose to call it quits. She stated that:

I know Cecil and I look like a fun couple to everyone on the outside, but it takes more to make a marriage work. One of the things I was most proud about on our show was the realistic portrayal of black love, with all of the married couples showing America the real ups and downs of raising families. And sadly … divorce is 50 percent in this country.

During season 4 of Married to Medicine, the couple renewed their vows while celebrating their 20th wedding anniversary on a trip to Hawaii. According to People, the Whitmores met when Simone was a student at Spelman College. They went on to tie the knot and the two have been married for 21 years. Together, they share sons Miles, 19 and Michael, 15. Simone Whitmore says she hopes to make her divorce final soon. 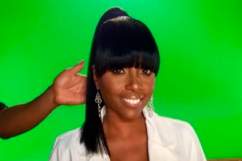