Kim Kardashian and Kanye West have come up with another baby named capturing headlines and shocked reactions. The couple officially named their newest bundle of joy “Chicago West,” TMZ reported.

Mother Kim announced the name via Twitter and her personal app by writing “Chicago West,” as seen above.

"And you say Chi City!"@KimKardashian and Kanye West have named their newborn daughter, Chicago West. pic.twitter.com/VQTOQNKOVE

Kanye’s hometown is Chicago, sparking many to believe that to be the reason for the “unique” name.

Social media reactions to the name are on fire, and you can see some of the best highlights below:

“Kim Kardashian called her baby “Chicago West,“ @dreesoul tweeted, with a sarcastic clip of a woman giggling and turning her head while sipping a drink.

“Chicago West??!,” @ac__lang simply wrote, alongside a clip of a woman who appears to be humored, in shock or both:

The next tweet by @callmedollar shows a woman laughing, alluding to the tweeter finding the new name to be hilarious:

“Chicago West?????,” @kholmesKSHB tweeted, along with a popular meme often captioned with the words “Hell Naw.”

“chicago west is still a tragic name, disappointed but not surprised,” @feelsforsterek2 stated:

chicago west is still a tragic name, disappointed but not surprised. pic.twitter.com/ulqhbrdEdV

“chicago west is still a tragic name, disappointed but not surprised,” @JoslynDavis wrote along with the following humorous clip:

CHICAGO WEST. I'm into it. What's the nickname tho?? Cag? Gogo? Shy?

“Kim called her baby Chicago West and missed out on a huge opportunity of announcing it with this,” @shannonjcoe tweeted, along with the following video:

Kim called her baby Chicago West and missed out on a huge opportunity of announcing it with this pic.twitter.com/SGxSh9rkLd

Baby Chicago West was born Monday via a surrogate mother, weighing in at a healthy 7 lbs. 6 oz.

TMZ reported Kim as being “the first person to have skin-to-skin contact with the baby,” adding that the couple’s other children are already nicknaming the new baby “Chi,” which is how many refer to the “Windy City” of Chicago.

Kim and Kanye are also the proud parents 2-year-old Saint and 4-year-old North West, both of whose names also sparked criticism and an array of reactions.

“You celebrities out there giving your kids bizarre names….just STOP!,” @Cindy Tsaoussis wrote. “Im glad Kanye and Kim you are giving some tribute to Chicago but can’t you just do it a different way? I’m scared about the society your kids will grow up in…famous or not, just saying!”

Weslyn Brown Bessard is a fan. “I think it’s cute,” he stated. “People name their kids Dallas, Houston, London, and Brooklyn all the time. Reese Witherspoon’s youngest is named Tennessee…. so they have the right to name their baby what they want to.”

Tina Armstrong? Not so much. “Your going to name her Chicago! Wow, just call her windy city…lmao idk about your naming skills..not orginal,stupid,” she wrote.

“I don’t see what the big deal is,” Daniel Braddock wrote. “People name their children things like Harold and Paul and those are pretty awful. Chicago is different and cute. Think outside the box. Not everyone needs to be named Stephanie, William, and John.” 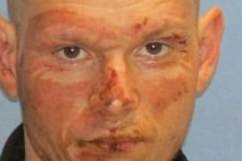