Krystal Nielson has been dubbed a villain on The Bachelor 2018 and though she has a soft, sultry voice, she makes quite bold moves. Nielson is not on the show to “make friends” and she is not afraid to steal star Arie Luyendyk away from other girls in order to spend more time with him. Now, before we get into all kinds of spoilers about Nielson, her fate on the show and what she’s like outside of The Bachelor, let’s get into your warning. If you do NOT want to know any spoilers, STOP READING NOW.

Prior to the season starting, blogger Reality Steve reported that Nielson would be the contestant who fans and the other girls would have a problem with on the show. She originally hails from Montana, is into broadcast journalism and she has also been a physical fitness competitor. Romper reports that Nielson currently works as a fitness coach. In the past, Nielson has had a couple run-ins with the law, getting caught for underage drinking in 2006 and 2008, according to Radar Online. Nielson’s consequences were probation and alcohol abuse classes. She also had her driving privileges suspended because of the 2008 incident and she was ordered to pay fines.

Nielson also revealed on the show that her brother is homeless and has refused her help, though she has tried to help him. She said that she tries to have a positive outlook on life and is shown feeding food to the homeless on the premiere episode of the season. For Nielson’s first solo date of the season, Luyendyk actually took her home to Arizona to meet his family. In his People blog, Luyendyk explained why he decided to bring someone home so soon in the season and why he chose Nielson for this date. Luyendyk wrote, “Now, I know, I know bringing someone home to Scottsdale for a first date is a pretty big deal. Trust me, bringing someone to meet my parents isn’t normally something I’d do on a first date … This journey isn’t just about the women getting out of their comfort zones, it was about me doing it as well … From our first interaction, I knew that Krystal was beautiful and had a calming, centering energy. I wanted to know so much more about her and also knew that she’d handle meeting my family with poise and grace.”

But, let’s get back to Nielson’s role on the show. According to Reality Steve, she has a couple meltdowns this season when star Luyendyk shows attention to other women and some of the other contestants don’t take too kindly to her. Life and Style Magazine reports that this season, one of the girls who Nielson clashes with is Becca Kufrin. In a promo video for the season, Kufrin is shown confronting Nielson, saying, “People don’t wanna be around you, Krystal, because you’re not being real about the real things that you’re feeling.” On an earlier episode this season, contestant Bibiana Julian also got into an argument with Nielson, as reported by Hollywood Life, when Nielson kept cutting in on Julian’s time with Luyendyk.

With all of these problems, one would think that Luyendyk would eliminate Nielson, but not so fast. Though Nielson is not the winner this season, she is still in the mix a little while longer … 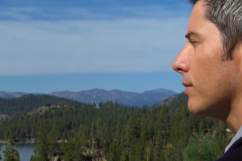