Famous YouTuber Logan Paul began trending on social media after he posted a video of him discovering a dead body in Japan’s Aokigahara Forest, also known as the “Suicide Forest.” While this may be the biggest controversy he’s ever been in, it’s far from his first.

Here’s everything you need to know about the controversies Paul has been in.

1. Many Are Furious After He Posted a Video of a Dead Body in the Aokigahara Forest

Japan will never be the same ??

While touring Japan, Paul encountered a suicide victim in the Aokigahara Forest at the base of Mount Fuji while filming an ulrelated vlog about the supernatural aspects of the forest, as Heavy reported. He then uploaded a 15-minute, non-monetized video in which he gets up close to the body with the camera. He then films response teams arriving at the scene and an official telling him and his friends that they’re in a restricted area. The video ends with Paul discussing suicide and urging his viewers to seek help if they need it. The thumbnail of the video included a picture of Paul with the dead body in the background.

The video was posted after Paul released a series of vlogs set in Japan in which he ran around throwing plush Pokeballs at people, staged a fight in the middle of Tokyo with raw seafood, and was asked to leave a shrine for filming a vlog inside it.

The forest featured in the video is also known as the “Suicide Forest” due to the high number of suicides occurring there, according to our report. Japanese police records state that in 2010, 247 people attempted suicide in the forest with 54 successfully going through with the act.

The video was quickly derided by the community as well as other prominent YouTubers for being disrespectful and disingenuous. You can see some of the responses below:

Suicide is not a joke. It's not "content."
It's a cry for help that went unanswered.

If you are having suicidal thoughts, PLEASE talk to someone. If you feel alone, help is a call or click away.

You are NOT alone.

"What if one of the kids stumbled upon the body" he says as he shows millions of impressionable kids on his channel. Then making jokes about it while still next to the guy. I can't man….

Not even one day into 2018 & Logan Paul has already set the bar for the most disgusting, depraved, disrespectful and wrong video on YouTube. Suicide & depression is not a joke and needs to be treated respectfully. The body shouldn't have been filmed at all.

Logan Paul recording and uploading incredibly graphic images of a suicide victim to his 15 MILLION YOUNG FANS has me absolutely fucking astonished and disgusted. Completely disgraceful.

I thought I would try to give the Logan Paul video a chance to see if it was possibly approached in a respectful way, but from the giggling, jokes and sound effects, that was clearly never the video's intention. I can't bring myself to watch even two minutes.

Image this: Logan Paul trying to frame up a dangling corpse in the background of a photograph for his thumbnail. Just a little to the left….

Some viewers defended the video, saying that it was an inspirational message about depression.

PSA?: STOP HATING ON @LoganPaul HE DIDNT MEAN TOO!!? also @KEEMSTAR needs to get his facts straight! @BrennenTaylor did nothing wrong pic.twitter.com/8cr63PYs3q

The video has since then been taken down by Paul himself, according to YouTube personality Philip DeFranco. DeFranco also received an official statement from YouTube regarding the video.

I just received an official statement from a contact at @Youtube regarding the outrage and controversy around Logan Paul’s (now self-removed) “We found a dead body” top trending Youtube video.

I’ll save my personal comment for later. Just wanted to pass this along. pic.twitter.com/JNTQDMVvT4

Many, including YouTuber and Game Grumps star Ross O’Donovan, are calling for YouTube to take action against Paul via a strike against his channel even though Paul already took down the video.

The response of O’Donovan is one of many YouTubers who complain that YouTube enforces its rules against people inconsistently, punishing some people while letting others get away.

Idubbbz uploads Content Cop with a misleading title?
YouTube takes it down and sends a community guidelines warning.

Logan Paul shows a dead body in a video with "suicide" in the title?
TRENDING!

DeFranco said that nothing would happen to Paul unless YouTube steps in.

Just remember this. Before all the extended community outrage against Logan Paul’s “we found a dead body” video, there was a seemingly uncontested 550-600,000 likes on it.

His core audience doesn’t give a fuuuuuuck. Unless youtube does something, this doesn’t hurt him.

According to YouTube’s support page, the Community Guideline strike occurs when a YouTube channel violates one of the Community Guidelines which includes posting excessively violent or disturbing content for the intention of sensationalism or disrespect. The first strike would remove the video and issue a warning to the creator along with possibly restricting some features on YouTube including monetization. The strike disappears in three months. Two strikes within a three month period will prevent you from uploading videos for two weeks and three strikes will terminate your account.

Paul took to Twitter to apologize for the video, saying that he didn’t release the video for views but because he wanted to raise awareness for suicide and suicide prevention. He also said that he never faced criticism like this before.

He then uploaded a video once again apologizing.

“The reactions that you saw on tape were raw, unfiltered. None of us knew how to act or feel. I should have never posted the video, I should have put the cameras down and stopped recording what we were going through. There were a lot of things I should have done differently, but I didn’t. And for that, from the bottom of my heart, I am sorry.”

He added that he doesn’t expect anyone to forgive him.

2. This Isn’t the First Time He Caused Trouble Internationally

The vlog Paul uploaded recounting his experience includes footage of the Colosseum he took with the drone.

Celebrity New Worth estimates Paul’s new worth to be $14 million. Heavy reported that the Ohio native started making online videos when he was 10 years old. He left Ohio after finishing his education at Ohio University, moving to the West Coast. His YouTube channel currently sits at 15 million subscribers. 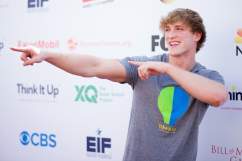 Paul dropped $3,000 in a secret location at VidCon 2017 for one of his fans to find, according to We The Unicorns. When he announced the location and went to award the prize-winner, he was descended upon by a huge crowd outside the online video convention.

Paul appeared to get tackled to the ground by security workers at the event as he was moving away from the mob.

Vidcon keeps on getting crazier and crazier Logan Paul getting mobbed and him falling :/ pic.twitter.com/1UxC7ZwR1G

Paul then apologized for anyone affected negatively by the mob in a vlog. He said that he expected a crowd but didn’t expect it to “get that crazy.”

“This level of fandom is completely different than anything I’ve ever experienced,” he said. “If you were hurt or someone hits you… legitimately guys I am so sorry.”

He reportedly didn’t return to VidCon 2017 after the situation. 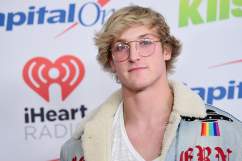 Logan Paul Net Worth: 5 Fast Facts You Need to Know

4. He’s Fought With His Brother, Jake

Jake Paul has a following almost as strong as Logan’s with almost 13 million subscribers on his channel compared to Logan’s 15 million. Over time they flipped from supporting each other to insulting each other and back again.

Jake posted a video in which he created an unflattering picture of Logan on a Billboard in Melrose, California as part of a prank. Logan responded by appearing to cozy up with Jake’s then girlfriend and popular YouTuber, Alissa Violet, in a vlog and followed that up by creating a diss track called “The Fall of Jake Paul.”

However, the two are known to support each other. Jake uploaded a music video dedicated to Logan shortly after he uploaded the diss track.

Jake opened up about their relationship on TMZ:

“Like, it’s tough cause he’s gotta do the vlog life, that’s what we do, but at the same token you gotta be a human being and, while I’ve given him plenty of advice, sometimes he takes it and sometimes he doesn’t. I’ve done my due diligence… He’s a smart kid so I think the message has hit him hard enough.” 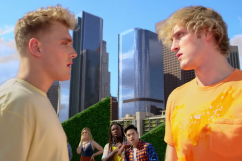 5. Jake Has Been Controversial As Well

Jake Paul has been an equally contentious YouTuber. According to Vanity Fair, he is known for doing dangerous stunts and causing trouble for his neighbors, with one stunt having him lit furniture on fire in an empty pool. He also shared his address online causing floods of fans to appear on the street. According to KTLA5, neighbors are weighing a class-action public nuisance lawsuit.

Jake was accused of racism multiple times, with Inverse Culture saying that he often mocks minor characters in his prank videos based on their ethnicity. Jake’s now ex-girlfriend Violet accused him of emotional abuse and manipulation, according to J-14. One of Jake’s most infamous videos is a rap song in which he boasts about his success. The video currently has over 167 million views along with three million dislikes and two million likes.

Eventually the Disney Channel and him mutually decided to part ways after he had a starring role on the show Bizaardvark for two years, according to US Weekly. 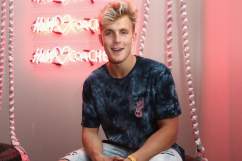