Sex and the City star Kim Cattrall has confirmed that her brother has died. Kim first took to Instagram on the morning of February 4 to ask fans for help in finding her brother, Chris. The actress said that her brother had left his home in Lacombe, Alberta, Canada, without his keys, cellphone and wallet on January 30. Later on February 4, Kim wrote on Twitter that the search had ended tragically. Kim tweeted, “It is with great sadness that myself and my family announce the unexpected passing of our son and brother, Chris Cattrall. At this time we ask for privacy. We want to thank you all on social media for your outpouring of love and support in this trying time.” Chris Cattrall was 55 years old.

1. Kim Cattrall Said Her Brother’s Disappearance Was Completely Out of Character

Kim wrote in her original Instagram message that, “This is not like Chris. He would never leave his unlocked home without those items nor his 7 beloved dogs.” The actress said that her brother was “one of a kind.” The Edmonton Journal reports that Chris Cattrall lived in rural property.

2. His Death Is Not Being Treated as Suspicious

Global News Canada reports that Chris Cattrall’s body was found on his property. RCMP Cpl. Laurel Scott told the station that “police have no reason to believe there anything suspicious involved in his death.”

4. Kim Cattrall Was Born in Liverpool but Emigrated to Canada When She Was 3 Months Old

Update: RCMP say Chris Cattrall’s body was found on his property. They don’t believe his death is suspicious and continue to investigate. #yeg #Alberta #LacombeCounty pic.twitter.com/GJ9wzRQ3dU

Kim Cattrall, 61, was born in Mossley Hill, Liverpool, to Gladys Shane and Dennis Cattrall. When she was three months old, her family emigrated to Canada, specifically the city of Courtenay on Vancouver Island in British Columbia. Kim is six years older than her brother. When Kim was 11, her family moved back to Liverpool before moving back to Canada when she was 16. An online bio for Kim says that she has two older sisters and that her brother was the youngest in the family.

5. Kim’s Fans Have Bombarded the Actress With Messages of Condolences

Kim Cattrall’s fans have been bombarding the actress with messages of condolence on Twitter. Here are some of the most poignant tweets:

So sorry for your loss, in my thoughts and prayers

So sorry to hear. God Bless!

To the fiercest woman I’ve ever had the pleasure of watching on TV, @KimCattrall I’m so sorry for your loss!! ❤️❤️

All my feelings are with you and your family
I never expects to read this sads news
All my soul is now with you
I will pray for his soul my beautiful & tender Kim ?❤️

My condolences to you , and your family. I lost my Dad suddenly last week. I pray you receive comfort and support in these days, weeks and months ahead. ❤️ 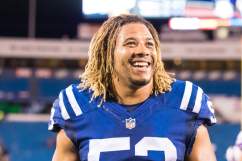