1. Cloverfield 4 Is Currently Called Overlord, But That Could Change

It’s not unusual for movies in the Cloverfield franchise to be given temporary names before the real name is finally released. Everyone thought that Cloverfield 3 was going to be called God Particle, and it was even listed as such on IMDB, before the big Netflix Super Bowl trailer where the real name was revealed. So although the fourth movie is being referred to as Overlord, that could certainly change by the time the movie’s released. In fact, some sources are already calling the movie Cloverlord.

Yes, Overlord is going to be a prequel of some sort. It’s going to follow American paratroopers on D-Day. They are targeting a Nazi-occupied village when they realize there’s more to this military operation than they had any idea. Part of the summary reads: “They find themselves fighting against supernatural forces, part of a Nazi experiment.”

3. The Script Is Penned By the ‘Captain Phillips’ and ‘The Revenant’ Writers

So far, we know that Jovan Adepo and Wyatt Russell were signed up to play leads in the fourth movie. Adepo starred in Fences and The Leftovers and Russell was on Black Mirror. Other rumored cast members include Bokeem Woodbine (Spiderman: Homecoming), Iaian DeCaestecker (SHIELD) and Jacob Anderson (Game of Thrones). The movie will be directed by Julius Avery (Son of a Gun) and the script is written by Billy Ray (Captain Phillips) and Mark L. Smith (The Revenant.) Those are some pretty strong names for the script, so we’ve got pretty high expectations for this one.  There are also rumors that Lindsey Weber produced this movie. She produced 10 Cloverfield Lane too.

The movie was scheduled to start filming in May, so there’s a chance it could already be done. Essentially, it could release at any moment, just like the third movie. The franchise had originally planned to release one movie a year, but that plan fell through. So maybe they’ll play catch up by releasing two in 2018.

Current rumors place the fourth movie’s release for October 26, 2018, Syfy reported. However, rumors also had the third Cloverfield moving premiering on April 20, not today, so the dates could definitely be off. In fact, if the fourth movie has been sold to Netflix too (and we’re not sure at this point if it has), then the movie could premiere pretty much any time. This story will be updated as more information is available. 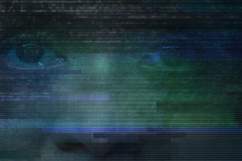 ‘The Cloverfield Paradox’ on Netflix: Meet the Cast 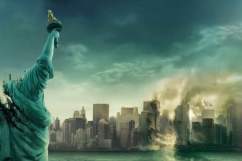