There are big changes coming up for Dancing with the Stars 2018, as reported by E! News. Tom Bergeron and Erin Andrews will return as hosts, but the season 26 contestants will be limited to just 10 contenders. And, these contestants will be athletes only. Perhaps this choice was made because of the popularity athletes have had on the show in recent seasons. But, this means that no pop stars, actors, musicians or army heroes will appear. The show is set to premiere on April 30, 2018, with the cast announcement going down on Good Morning America on April 13, 2018, according to The Inquistr. And, for the big reveal of the new cast, you can find the cast reveal here. 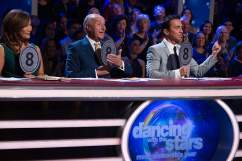 ‘Dancing With the Stars’ 2018 Cast Reveal: Who Are the Contestants?

From the Winter Olympics, the show was surely doing some fishing for cast members after watching the competitions. Some of the rumored possibilities for the cast include Adam Rippon, Chloe Kim, Ester Ledecka, Maddie Rooney, John Shuster, and Mirai Nagasu. As it turns out, Adam Rippon has already been revealed as a definite contestant. Snowboarder Jamie Anderson is also reportedly competing and controversial ice skating icon, Tonya Harding, is also a contestant for the all-athletes season. The Inquistr previously reported that figure skater Tonya Harding was a possibility this season and now it appears to be true. With all the hype surrounding Margot Robbie’s film I, Tonya, it would definitely make sense. Plus, Harding’s former Olympic nemesis, Nancy Kerrigan, was previously a contestant opposite pro dancer Artem Chigvintsev. Rob Gronkowski is another athlete who has been rumored to be joining the cast, as reported by Page Six.

Which athletes will dance their way to facing these judges? The stars for Dancing With The Stars: Athletes will be announced on April 13 on @goodmorningamerica!

So, what athletes have been included in the cast scouting so far … ?

In past seasons, there have been rumors that the show was looking to bring Caitlyn Jenner on board. Now, Page Six has reported that the show is courting the 68-year-old Olympic gold medalist. Several of her family members have competed on the show in the past, like Kim Kardashian and Rob Kardashian, so it’s not a far-fetched concept. But, according to Us Weekly, Jenner will not be joining the cast.

"Don’t be surprised if you soon see Harding alongside other has-beens on 'Dancing with the Stars'" https://t.co/ucW7wU32C2

Currently, last season’s pro dancers, along with celebrity contenders Frankie Muniz and Jordan Fisher, are on the national Dancing With the Stars tour, but People has reported they had to cancel one of their shows after one of their tour buses was involved in a fatal car accident in Iowa. Fortunately, the dancers and crew are all okay, though some suffered minor injuries. An alert to DWTS fans was posted online after the incident, which read, “Given this unforeseen accident, and the fact that the safety and health of our cast and crew is of the utmost importance, tonight’s show at Stephens Auditorium in Ames, IA has been cancelled. To anyone involved in the accident, the entire cast sends their best wishes for a speedy recovery, and their deepest apologies to all of the fans who have been waiting to see the show tonight. Information regarding rescheduling and/or refunds will be available soon.” The pro dancers on the tour right now are Keo Motsepe, Emma Slater, Sharna Burgess, Artem Chigvinstev, Gleb Savchenko, Lindsay Arnold, Alan Bersten, Jenna Johnson, Hayley Erbert, Brandon Armstrong and Sasha Farber. Out of these dancers, so far Savchenko has confirmed that he will definitely be one of the pros on the upcoming season of DWTS. Chigvintsev has also implied that he might be included. Another fan-favorite pro, who said she will return to the show, is dancer Witney Carson.

On a lighter note, another new development in the Dancing With the Stars family is Dancing With the Stars Junior, according to TV Guide. ABC Entertainment President Channing Dungey talked about Dancing Junior and made it clear that the all-athlete edition of DWTS season 26 is not a replacement for that idea. Dungey said, “We were in the early stages of talent search for Dancing Junior and it wasn’t going to come together as quickly as we would have liked. We’d been talking for awhile about trying to do an all-sports edition, but the problem is that athletes have such tight schedules it’s hard to do a whole 13-week run. This actually slotted in perfectly, so we’re going to try that and see how it goes.”

Buddy TV has reported that the premiere of the upcoming season of Dancing With the Stars premieres on April 30, 2018. The show airs at 8 p.m. ET/PT on the ABC network. 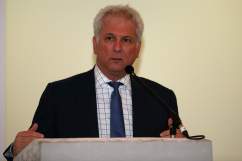 Read More
Dancing With The Stars, DWTS, Reality TV, TV
Dancing With the Stars 2018 is reportedly incorporating an athletes only cast for season 26. Get the latest details and rumors for the DWTS contestants.