We wanted to create something you can RIDE to. MOVE to. Feel ALIVE to. R&B with an EDGE. A new DYNAMIC sound & flow. Where throwback meets FUTURE… And we can't wait for you to hear it… "MEMORY" debuts on iTunes this WEDNESDAY OCTOBER 29TH!

America loves Dwayne Johnson. He has 99.7 million followers on Instagram, was named the second highest paid actor in 2017 earning 65 million, and was just honored with a star on the Hollywood Walk of Fame.

Even though he is busy shattering records in his career, he still manages to maintain a Rock-solid personal life, pun intended. The 45-year-old always finds a sweet way to thank his girlfriend for over a decade, Lauren Hashian, for her unwavering love and support.

The 33-year-old was born in Lynnfield, Massachusetts, and met the actor in 2006 while he was filming The Game Plan in Boston. They started dating the following year. Now, they are blessed with a two-year-old daughter and one on the way.

Here’s what you should know about the woman who stole Johnson’s heart.

According to her LinkedIn profile, the starlet graduated from Emerson University in 2006 with a bachelor’s degree in public relations and communications. In an interview with Vydia, she credits her college experience with her pursuit of music. “There was a group of kids from Brooklyn I met my first week at Emerson and we hit it off. A few of the guys were rappers, and one of them set up a mini studio in his dorm room,” she explained.

In 2017, she released her first official music video for “Go Hard,” shown above, which was selected by ESPN as one of their official songs for the 2017 WNBA season. A collaboration with Walter French, she appears at the 1:24 mark. Working as her co-producer on the project was her sister, Aja. To listen to more of Lauren’s work, visit her Soundcloud page here.

Back in 2005, she was a finalist on the competition show R U That Girl hosted by TLC’s Chilli and T-Boz. The show chronicled the group working with aspiring female performers, and Hashian was one of them. In the clip below, you can see her at the 5:22 mark.

When asked from where she draws inspiration, the songstress recognizes Johnson for being a source of her creativity, telling Vydia:

Dwayne has been such a major driving force in my inspiration. He is my motivator and my sounding board every day. Always giving me notes on the work, always motivating me to outdo my last effort. Honestly, if I impress him with a track then I feel accomplished, it’s true! He is an example of how anything you can imagine or dream up, you can do because he lives that way. So when you see that every day, it fuels you & lifts you up too. Also, being in love is a very inspiring thing – all of our experiences, from the good to the fun to the sexy to even the not so good, provide great inspiration to write from.

Today we honored the hard work, passion, and dedication of our loving "Uncle Dwayne" as he was presented with a star on the Hollywood walk of fame – Our hearts filled with pride, we celebrated this amazing man and his accomplishments and watched him demonstrate his love and gratitude to all who have been on this journey with him throughout the years. To see Dwayne, Lauren, Jazzy, Ata, and all extended friends and family beaming with pride and happiness was a moment in time that will live on in my heart forever. It goes to show that HARD WORK and being a GENUINELY NICE person truly goes a long way — there are many who could take a page out of Uncle DJs book! Congrats @therock! ❤️⭐️⭐️⭐️⭐️⭐️⭐️

In 2015, the pair welcomed daughter Jasmine. During her first pregnancy, the expectant mom joyfully took to Instagram, saying, “So grateful and in awe of this time. To experience creating a little life is just incredible. This beautiful cycle of life and womanhood beginning again. And like Big Daddy says – Couldn’t be prouder of all the kickass women she’s going to have around her! And Men of course ;)”

In December, Johnson announced her second pregnancy on Instagram, saying, “Our Jasmine Lia would like to make a big announcement – IT’S A GIRL! @laurenhashianofficial and I are boundlessly grateful for this blessing as this spring we’ll welcome our second baby. Plus, Jazzy is excited to boss around and protect her lil’ sis.”

When The Fat Jewish Instagram handle posted this meme about the former pro-wrestler being a deterrent to his daughter’s future suitors, Hashian got a kick out of it, posting it on her page, with the caption, “I fear he’s right.”

??? I fear he's right… #Repost @thefatjewish ・・・ I fear for the teenage boy in 2035 who asks @therock if he can take his daughter out and gets his dick ripped off and then gets suplexed with no penis. (@tank.sinatra)

3. Johnson Calls Her ‘The Love of His Life’

#MOANA was absolutely magical – the animation was so real at times it looked tangible, the storyline was so incredibly touching and the MUSIC was unforgettable! They captured and embraced the spirit of the Polynesian culture, islands, music, and people and truly honored their beauty in this film. It's a culture that is so close to my own heart and a big part of my life. We will be so proud when Jasmine watches this one day! Went through an entire pack of tissues ? ❤️ The actors, filmmakers and everyone who worked on this movie poured their hearts into it and it shows ? Congrats!! @therock @auliicravalho #LinManuelMiranda @disneysmoana ? And thank you to the dream team "village" who helped me prepare & @mercglow for hiding the circles under my eyes and helping me look awake and non sleep deprived ??????

Unlike other A-Listers who tend to keep their personal life under wraps in interviews, Johnson frequently mentions his significant other and the strong bond they share.

In the video interview below with Entertainment Tonight, he said, “And I have the love of my life Lauren…I wake up every day so grateful and so thankful that you have someone like that. Someone who you could walk through this world with.”

In a 2015 interview with Esquire, he also made a touching tribute to their relationship, saying:

Yeah. I’ve lived with my longtime girlfriend, Lauren Hashian, going on, like, eight, nine years now. She’s a singer-songwriter. We spend a lot of time with my daughter in Florida, Simone, who’s 13. We do these stories and we talk so much about the business end, the success end, but then Lauren isn’t mentioned and my daughter isn’t mentioned. I always like making sure we find the balance and my home life is in there and Lauren Hashian is in there and my daughter is in there. You gotta get the better half in there. With all the cool shit and success that I’ve been lucky enough to get? That doesn’t happen unless the home life is solid.

4. When She Met Johnson, He Was Still Married to His College Sweetheart

When building enterprise, you must first create a lane for yourself, that no one else has traveled. From there, the fun part is making sure that lane only grows larger & larger. @therock and I are excited to share a few of our shots from our @AdAge cover story and write up about our partnership and the continued expansions of our co-owned Seven Bucks Companies. @robertascroft

Johnson was married to Dany Garcia, who he met at the University of Miami, from 1997 to 2007, and the pair shares a 16-year-old daughter, Simone.

Johnson met Hashian in the fall of 2006, because, according to the Boston Herald, the two both ate at the same restaurant, Davio’s. However, he was still with Garcia at the time, which sparked cheating rumors. Wrestling.com even did an article entitled, “Did The Rock Cheat On His Ex-Wife?, Now Dating A 24 Yr. Old.”

The blended family seems to have put the past behind them and are very supportive of one another. In fact, Garcia, a former associate vice president at Merrill Lynch, left her finance career behind to become Johnson’s manager, a title she still holds to this day. She is responsible for helping Johnson transition from being known as the wrestler The Rock to a film career, with Newsweek calling her, “The Woman Behind Hollywood’s Biggest Earner.”

And when Simone signed a deal with a modeling agency, Hashian posted a photo of her stepdaughter on Instagram with this caption, “Big news!!! So excited for you @simonegjohnson and all the things you’ll conquer… Including most likely the world one day! One of the most creative, funniest, wittiest young women I know, you’re so much more than just a beautiful face… Congratulations!!”

5. Her Dad Was a Rockstar & Her Mom, a Former Bunny

Her dad is John Thomas “Sib” Hashian, the drummer who played with Boston, a rock band that enjoyed success in the ’70s and ’80s. They are known for classic rock anthems, such as “More Than a Feeling.” Sib replaced the group’s original drummer, Jim Masedea, in 1975.

He passed away in March of 2017 at the age 67, while performing on Legends of Rock cruise with a former bandmate. After his passing, the band paid tribute to him on their website, stating, “Our thoughts go out to the family and friends of Sib Hashian who unexpectedly passed away. Sib’s high energy drumming on the early BOSTON albums and tours leaves a legacy that will be remembered by millions.”

According to Daily Entertainment News, Lauren’s mother, Suzanne, was a former bunny at the Dallas Playboy Club. Now, according to LinkedIn, she is the owner of The Healing Touch, a massage studio in Lynnfield. 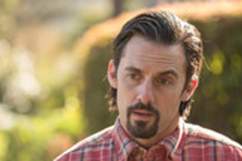 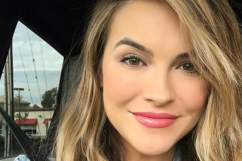