Kendall Long is one of the final 4 contestants on season 22 of The Bachelor and this means she gets to participate in the hometown dates, bringing star Arie Luyendyk home to meet the family. She also gives him a glimpse into her personal hobbies and quirky personality. According to ABC, during her hometown date, Long’s family has their concerns and questions whether or not this kind of commitment is for her. ABC’s official plot description reveals, “Her family worries that this analytical, unconventional bachelorette may not be able to fall in love, casting doubt on the couple’s relationship.”

Get to know more about Long’s family, her background on the show, and her life outside of The Bachelor in our 5 Fast Facts below. But, before you get into all the details on Long, beware of a major spoiler. If you do NOT want to know who this season’s reported winner is or about Long’s fate on the show, STOP READING NOW.

1. She Has an Identical Twin Sister Named Kylie

Bringing in the new year with my amazing siblings who cut up the dance floor like no ones business ❤️✨??

Kendall and Kylie Jenner aren’t the only Kendall and Kylie sisters. Long has an identical twin sister named Kylie and she even helps her break down her walls when it comes to her hometown date with Luyendyk. ABC reported that, “A talk with her identical twin sister convinces Kendall to let her walls down and let Arie in for the first time.” Perhaps Long’s being able to open up helps her to secure a spot in the overnight dates, which are shown next week.

So, who is Kylie Long? According to Reality Steve, she actually used to work at Disneyland as a princess character. Currently, Life and Style Magazine reported that she was working at Stoopid Buddy Stoodios, the production company behind Robot Chicken and other Adult Swim TV shows.

2. Long Is Not the Winner

Unfortunately for Long fans, she is not the winner this season. But, according to Reality Steve, the finale winner doesn’t even end up with Arie Luyendyk. Reality Steve has reported that the final two are Becca Kufrin and Lauren Burnham. Kufrin reportedly gets engaged to Luyendyk and all seems well … except for the fact that Luyendyk reportedly reconsidered and wanted to be with Burnham. So, now Burnham and Luyendyk are supposedly an item. Good thing Long dodged that bullet, right?

3. Taxidermy Is Her Passion

From the very beginning of the season, Long has been open about her love of taxidermy. In fact, on her hometown date with Luyendyk, she incorporates her unique love, as ABC’s plot description states, “Kendall introduces Arie to her passion: taxidermy; but oddly, it becomes a romantic, if quirky, date.” Check out a clip from their date above. In addition to taxidermy, Long also likes to play the ukulele.

4. She Survived the Infamous 2-On-1 of the Season

Every season of The Bachelor or The Bachelorette, there is at least one big two-on-one date. It usually features a controversial contestant and this season, Long was paired with designated villain Krystal Nielson. Ultimately, Nielson was eliminated, as she was throwing up enough red flags to summon a bull.

What is most interesting about Long is that she never gets a solo date with Bachelor star Arie Luyendyk. Reality Steve revealed that, “When I had spoiled that Kendall was getting the 4th hometown date back on November 1st, I said I was hearing that she never had a 1-on-1 date. I can confirm that’s true. She never did. Yet somehow made it into the final 3. Good for her, I guess? We rarely see that.” So, Long does get an overnight date on the show, but no official solo date.

My favorite quote… No act of kindness no matter how small is ever wasted! #thebachelor

Long’s LinkedIn profile reveals that she works in the entertainment industry, which isn’t uncommon among Bachelor contestants. Currently, she calls herself a Freelance Creative Director and Set Dresser. Life and Style Magazine has reported that she recent worked on the Keeping Up With the Kardashians 10th anniversary special and has been a part of several episodes of Sex Sent Me to the ER. Long also aspires to become a TV journalist, according to OKHereIsTheSituation.

For the past year, Long has been Creative Director at the company WhoHaha and, according to the organization’s LinkedIn account, “WhoHaha is a content creation and distribution platform co-founded in partnership with actress, director, and producer Elizabeth Banks. WhoHaha aims to discover, nurture and elevate the funniest up-and-coming female talent, and give them a voice thru exclusive series development, production, marketing, and distribution. WhoHaha entertains fans with curated content featuring the most hilarious females on the web, along with Elizabeth’s own original series and collaborations with WhoHaha talent. Simply put … It is the WHO behind the Haha.” 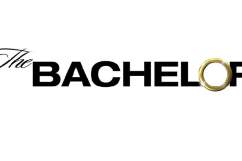