Let’s kick this post off with a giant warning. IF YOU DO NOT WANT TO KNOW ANY SPOILERS ABOUT THE BACHELOR, STOP READING NOW. You have been warned.

Okay, now let’s get into the good stuff. Lauren Burnham gets her first solo date on The Bachelor tonight and what better backdrop than being in Paris for one’s first date. While Burnham has not been in the spotlight much this season, tonight she reveals a bit more about herself. In ABC’s plot description for tonight’s episode, it states, “Arie and Lauren B. take in the historic sites of Paris, but their date gets off to a slow start filled with awkward silences and forced conversation as they try to get to know each other. Lauren struggles to open up, but later at dinner, she reveals a secret that she worries might ruin her chances. Will the couple make a breakthrough and forge a connection?”

So, what could Burnham’s secret be? According to OKHereIsTheSituation, Burnham was previously engaged to a man named Chris Crane. We’re guessing this is a possibility for her secret, or it could be that she has difficulty opening up. The two were reportedly set to be married in July 2017, but they split. According to Reality TV, Crane is a professional hockey player and the engagement ended before she began filming The Bachelor. Reality Steve reported that Burnham ended the engagement in December 2016. Check out a photo of Crane in the below Instagram pic.

The couple first got engaged in July 2016 and their Crate and Barrel registry is still online, showing at July 8, 2017 wedding date. According to Accept This Rose, a Reddit user called RKane44 dished that, “I actually knew her, she went to my college first two years. Yes she was engaged. He proposed and gave her the adorable Labradoodle she still has. Not sure why they broke it off but she moved to Texas. She was always super nice and used to model. Very pretty and I hope it works out for her.”

Thanks @tillyhockey for the buckets and clothes. Check them out. There stuff is sick!

So, what is Christopher Crane like? According to his Instagram account, he believes in Jesus and holds his faith very dear to his heart. He is a professional hockey player for the Toronto Maple Leafs organization. He is a Buckeye, which means he went to Ohio State University and he said that he attended the college for three years. He is very close with his family and posts photos of them all over his social media account.

His NHL bio reports that Crane is 6’1″ and is 190 pounds. Hockey DB states that he is 26 years old and was born on December 2, 1991. He currently plays for the Orlando Solar Bears. Solar Bears head coach Drake Berehowsky previously said that, “Chris is a great two-way center who played in all situations for us after we traded for him last season. He’s someone who we count on in the face-off circle and to be a presence on the ice.” Currently, Crane appears to be single, so we don’t think he is dating anyone. In the below Instagram pic, Crane appears to be with Burnham and friends.

Couldn't ask for a better 4th. Thanks for coming down boys. 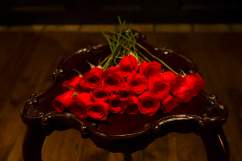